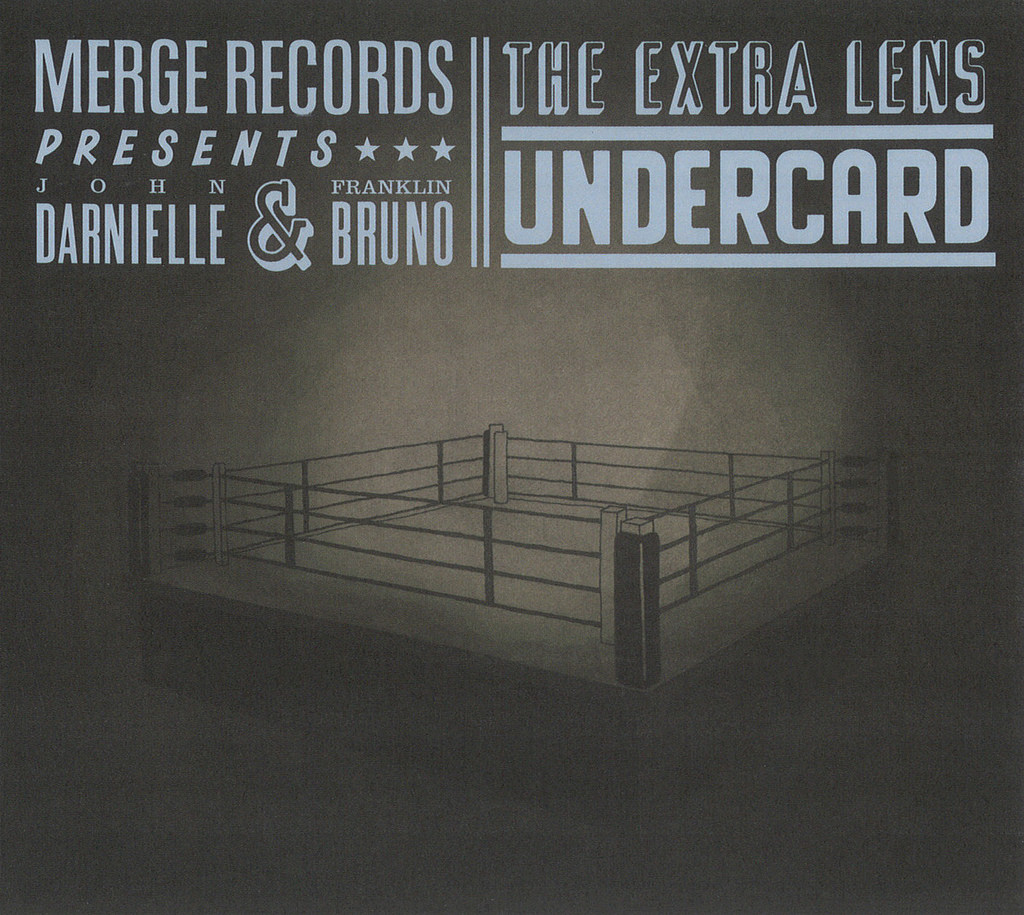 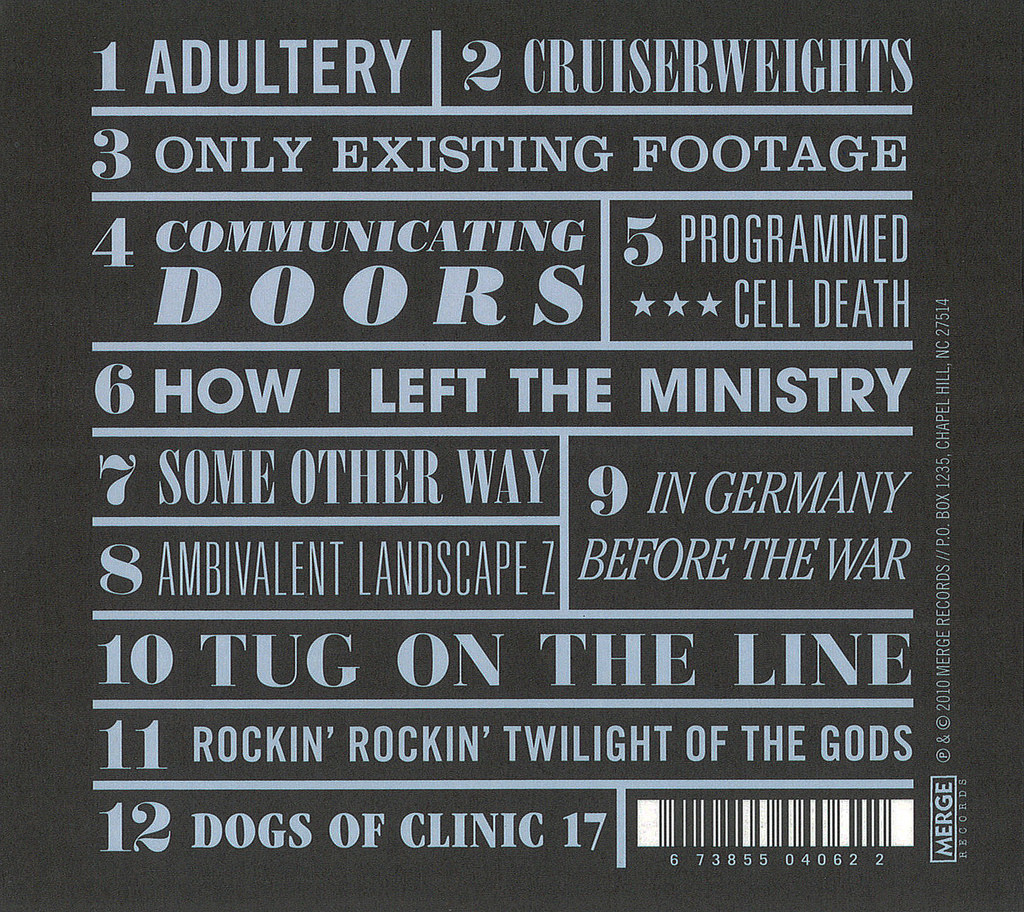 Apologies, but I haven't had the chance to annotate this album yet — if you'd like to help, please email me! This page is just a placeholder so that you can read the lyrics. Full annotations, liner notes, and the rest will come when the page is fully annotated.

There's a mean streak in the sky
On the morning when you come by
And you ask me, would I?
And I say I would
And it's an ill wind that does nobody good

And there's a whole long list of other things I hate
I had to starve myself all week to make weight
Cleveland, Ohio
1985
Almost out of the woods
Awake and alive

And there's a whole long list of other things to do
And the best ones I won't probably get around to
Cleveland, Ohio
1985
Almost out of the woods
Awake and alive

Fix the overheads, the glare's become too much at last
Have somebody try to boost morale amongst the cast
Thermoses of coffee in the frozen dawn
Blow a fuse and spend an hour just trying to get the power back on

Space heater starves it out again, something's gotta give
Oblivion's been calling since it found out where I live

Try to grab another take before the night descends
Blocking's pretty good, but there's a gate hair on the lens
And the script girl's wandered off so we improvise the plot
Lousy continuity, the coats won't match from shot to shot

Light meter's broken down again, soundtrack doesn't sync
Annihilation pouring since it found out where I drink

Red-eye back to Belgrade with the footage we can save
End up with one can because the baggage claim's an unmarked grave
Hold off the backers, put a notice in the press
Oblivion's been knocking since I gave it my address

Lay on top of the covers
Turn the fan up to full
Chase a memory around my head
Silver, satin, and wool
Close the bar at the harbor
Say goodnight in the hall
Smash the lock with a midnight knock and
The rest I don't recall

And suddenly the lights out in the parking lot
Begin to burst like sodas under pressure
One by one they throw themselves against the night sky
And almost unremarked upon, the moment passes by

Though one or two of us
Point our fingers outside
Eyes glazed, mouths wide

How I Left the Ministry

To the Alta Loma Days Inn, where I'd registered us as
A couple with a name I'm sure some other couple somewhere has

Out where the water tower climbs, higher than God
Crop dust in billowing clouds and the outlaw corn, glinting goldenrod
Cold gaze of the universal harvester
Glittering on the horizon line
Every creature on earth needs a fallout shelter
This one's mine

I'll never see you again
So until then

I'll never see you again
So until then

In Germany Before the War 1

In Germany, before the war
There was a man who owned a store
In nineteen hundred thirty-four 2
In Düsseldorf
And every night at 5:09
He'd cross the park down to the Rhine
And he'd sit there by the shore

I'm looking at the river
But I'm thinking of the sea

Tug on the Line

Sun shone down on a cloudless sea
And we were out on the water, my father and me
With several friends of the family along for the ride
And out on the calm water we killed the motor
And spread our nets wide

Everyone getting restless when we pulled up the net
We dropped it down on the deck and everyone's feet got wet
And the fish that looked like monsters from way down where the water gets cold
Slid down the deck like shuffleboard coasters and made for the hold
Everyone's eyes like saucers, nobody saying a word

Sailed home in silence across the cold sea
Several friends of the family, my father and me
And something down below deck that we would try to forget
Shapeless and probably nameless as of yet

Rockin' Rockin' Twilight of the Gods

I looked up at the clouds
And everything looked great
The Financial News Network
Talked about the prime lending rate
That's all right
I'm safe and warm
Just over there you know, near South Ontario
I can see the signals of a tropical storm

Three fresh meals every day
And one white pill to chase the chills away
And me, I know what it's all about
And we all know what it's like to have to go without

Five of us are left, that's down from twenty
But the guy in the white coat, he tells me that five is plenty
Yeah, one soft bed to rest my head upon
And me, I know what side my bread's buttered on

Thank you to Anjalene Whittier for transcribing this album and beginning the annotations for In Germany Before the War!

Thanks as always to the inestimable Caliclimber, whose Flickr page provided the album art.