We Shall All Be Healed 1 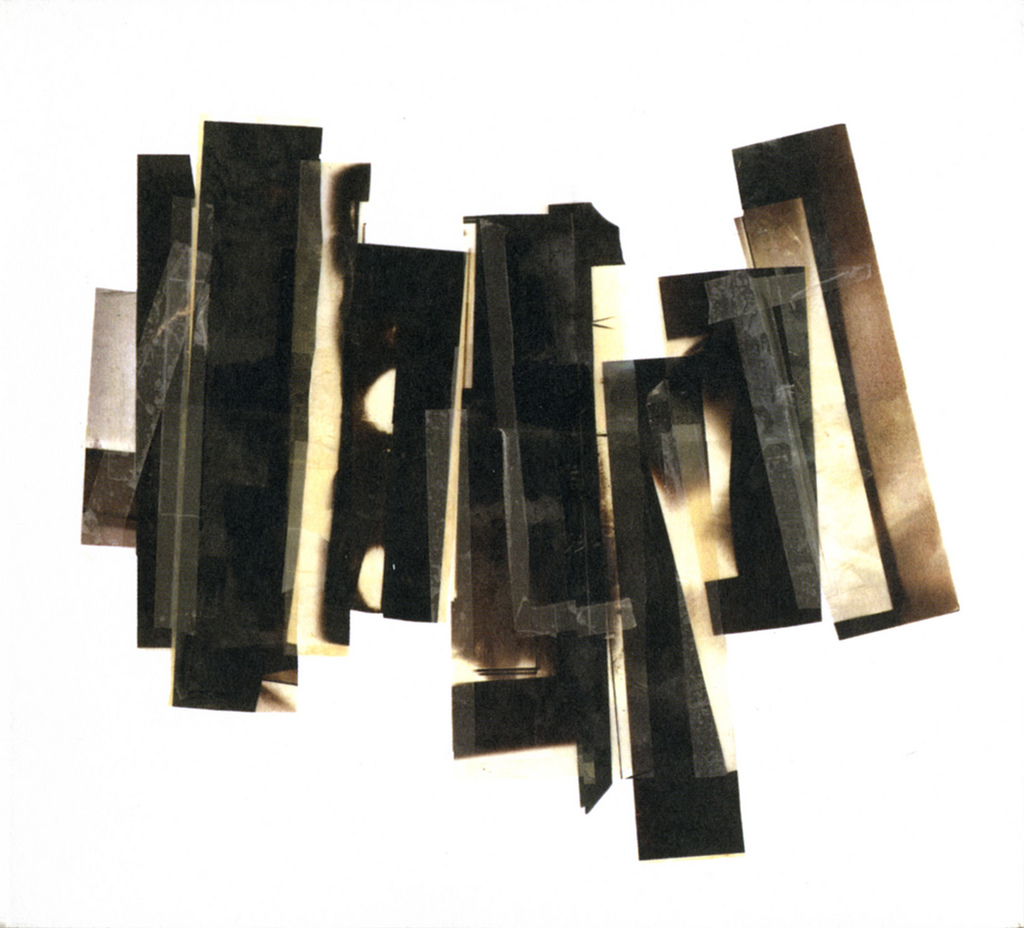 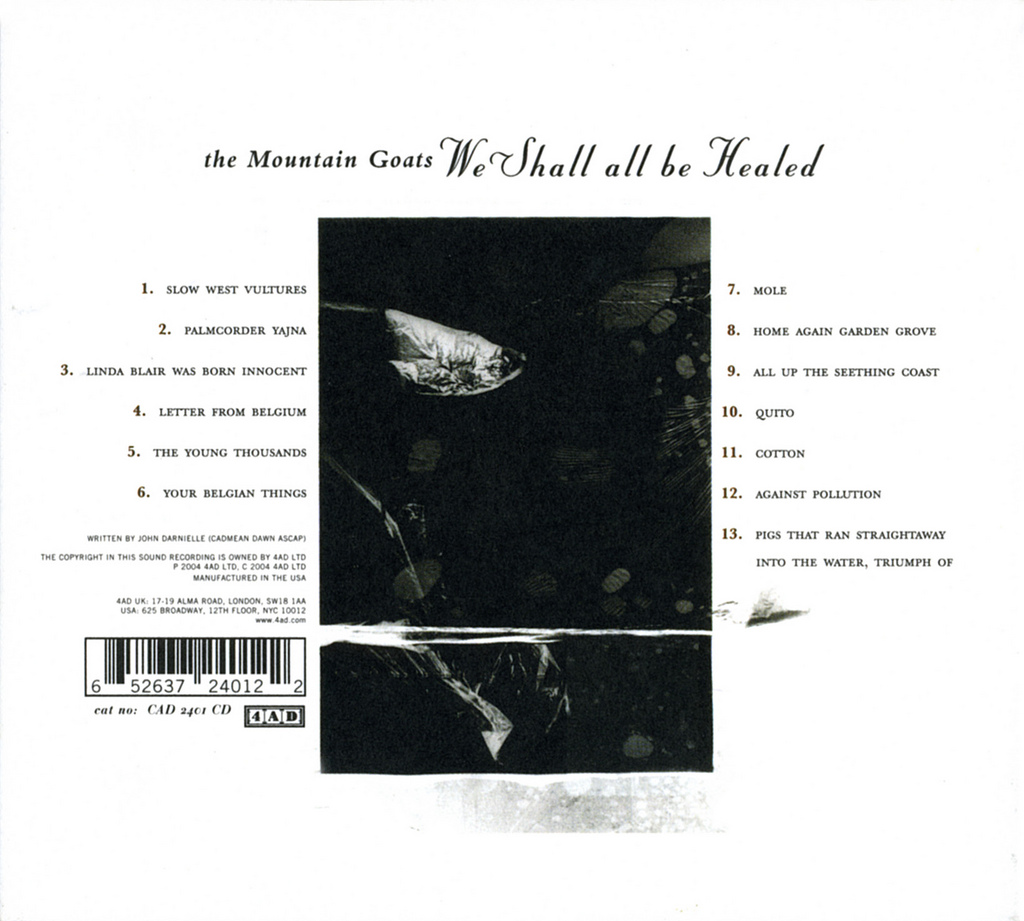 I let the mice chew through the bandages. One of them was this brown and white mouse who approached the whole task with a wonderful sense of play. Sparkling little eyes lightheartedly intent on their work. Magnificent. Every little bit helps. I would lie there, in the boiling afternoon, watching the mice come and go, and I would think fondly of you.

I began to compile lists in my head. I remembered having read someplace that making lists was a way of calming the nerves. For me it only made things worse.

I would reach for the telephone and then suddenly retract my hand as though I'd nearly grabbed hold of a snake. That was me: letting it slide. Watching unthinkable things on the stolen VCR hooked up through no small effort to the cheap bolted-down TV. Eating Milk Duds 9 all day. Milk Duds and Charritos. 10 And Royal Crown Cola 11 in bottles. You could get it for cheap up at the Viva. 12 For real.

In the great heat of the old motel I could feel the part of me that had been resisting the final disconnect beginning to wither. The kind of shrinking we practice turns us into invisible towers of strength. I'm sorry I brought you into this mess but I'm sorrier still that I'm not dumb enough to sink my arms in past the elbows. I have this sick feeling there's something really great past the point of no return. Stupid, huh? I let the mice chew through the bandages. I sat back and let them go about their joyful business. Ripping and tearing. They were setting me free.

West side riders know how we hold it down.

All you people still out on the corner up there by 13th and Taylor near the Greenhouse, 16 this one goes out to you with all the love that's in me. Brave young scavengers in your fabulous black jeans.
Hold on.
Hold on with both hands.

We Shall All Be Healed and Tallahassee both featured microsites on 4AD's Mountain Goats page. As described by 4AD, "Whereas most Mountain Goats records — like last year's 'Tallahassee' — are entirely fictional, all of the songs on 'We Shall All Be Healed' are based on people that songwriter John Darnielle used to know. This, perhaps, accounts for the nervous tension that crackles through the album, as well as the curious tenderness that surfaces from time to time... John has created a microsite which will take you further into the world of the record — click here." While the site is no longer available, much of it is contained at the Internet Archive and most of the text is mirrored here.

If you have a fuller copy, please let me know.

Two singles were released for We Shall All Be Healed. Palmcorder Yajna contains two outtakes, Butter Teeth and Snakeheads; similarly, Letter from Belgium contains Attention All Pickpockets and Nova Scotia. Additionally, several outtakes were released online: Beat the Devil, Deserters, New World Emerging Blues, You & Me & a High Balcony. One final outtake is completely unreleased, We Shall All Be Healed.

Breaking the signal 'til it's totally unreadable
Drinking the dregs, eating the utterly inedible
We do what we do, all for you
All dressed up, black hat and white cane
Slowing circling the drain
Ready for the future
Ready for the world about to come

Shooting the sequel before the treatment's even finished 18 19
Sanding numbers off the Monojects 20 as our slight returns diminish
We are what we are, get in the goddamn car
Smiling faces, flawlessly rehearsed
We are sleek and beautiful, we are cursed 21
Ready for the future
Ready for the world about to come
Ah

Gentle hum of the old machines
Here we come, scrubbed and scoured
Patches on our jeans

Great big drain on the power grid
You may not like Tate's 33 methods
But you've got to admit, she's a real nice kid

In the cold, clear light of day down here, everyone's a monster
That's cool with all of us, we've been past the point of help since early April

Yeah, we're all here
Chewing our tongues off 37
Waiting for the fever to break 38

And Martin's found an old trunk full of stage makeup in the basement
And he's sending it along, we can always use more makeup, yeah
Yeah, more creams
And powders

Yeah, we're all here
Chewing our tongues off
Waiting for the fever to break

The men were here to get your Belgian things 35
They'll store them for you in an airplane hangar
There's guys in biohazard suits, mud caking on their rubber boots
They've come to keep your pretty things from danger

The arteries are clogging in the mainframe
There's too much information in the pipes
I saw the mess you left up in the east bedroom
A tiger's never gonna change its stripes
I guess
I guess
But, Jesus, what a mess
One way in
No way out

And then they said, "Lights out", and it was lights out
And they gave you your medication
I know what you want, and you know what I want
Information, information 50

All Up the Seething Coast

Carry an apple in my pocket
I write reminders on my skin
Clip meaningless pictures from old magazines
I tape them to the walls, it's a bad place I'm in

White sugar by the spoonful
Cantaloupes and grapes and watermelons
I force it down like it was medicine
Anybody asks, you tell 'em what you want to tell 'em

This song is for the rats
Who hurled themselves into the ocean
When they saw that the explosives in the cargo hold
Were just about to blow
This song is for the soil
That's toxic clear down to the bedrock
Where no thing of consequence can grow
Drop your seeds there, let them go
Let them all go
Let 'em all go

Pigs That Ran Straightaway into the Water, Triumph Of 70

"The story of the pigs who ran straightaway into the water, and their great triumph." 71

Yeah, but you're going to do
What you want to do
No matter what
I ask of you
You think you hold the high hand
I've got my doubts
I come from Chino 72 where the asphalt sprouts

Yeah, but you're going to do
What you want to do
No matter what
I ask of you
And you send your dark messengers
To tempt me
I come from Chino so all your threats are empty

Thanks as always to Caliclimber, whose Flickr page provided the album art and who sent photos of the liner to allow transcription. Thanks as well to AKM Adam for his help with the film reference in Your Belgian Things and the identity of Tate, to Mairead Beeson for her thoughts on allusions to the works of Jacques Lusseyran and Thomas Hardy in Against Pollution, and to Tim Mitchell for adding some missing liner notes.