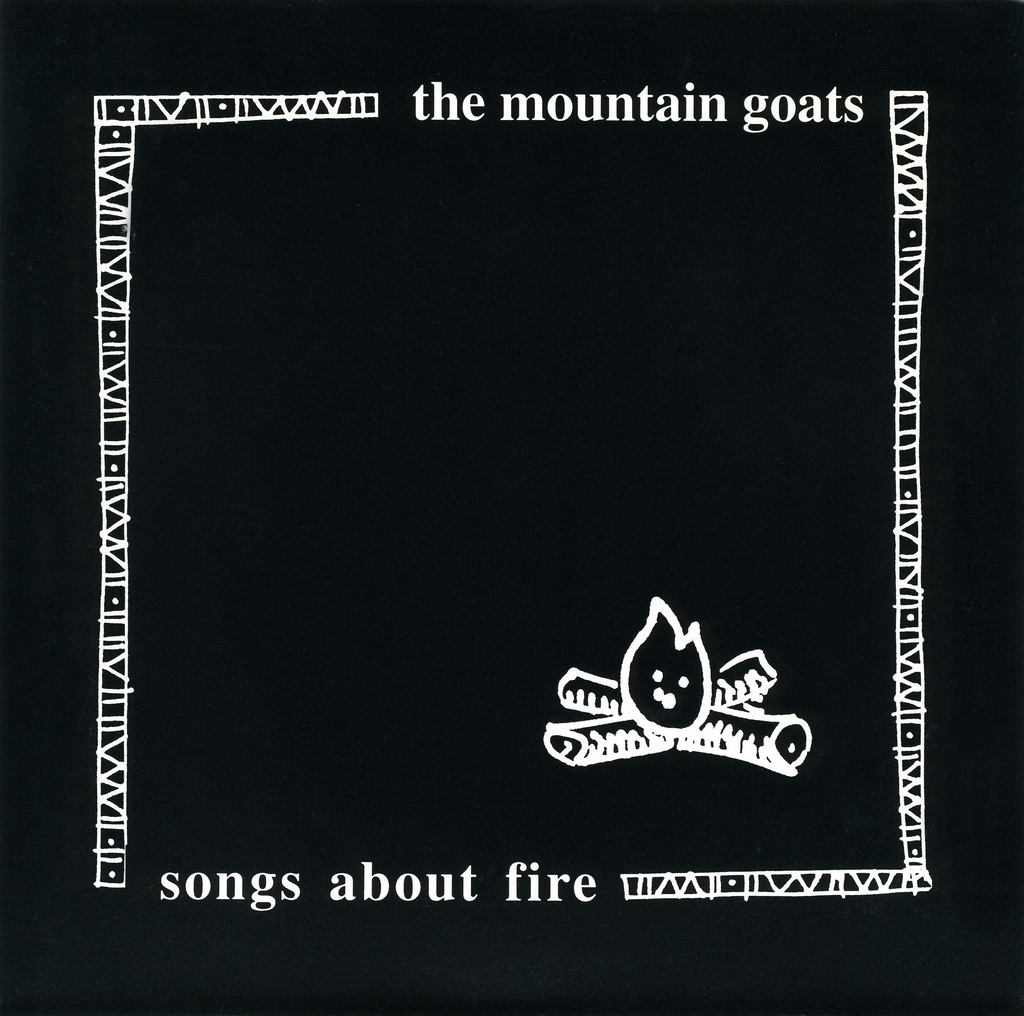 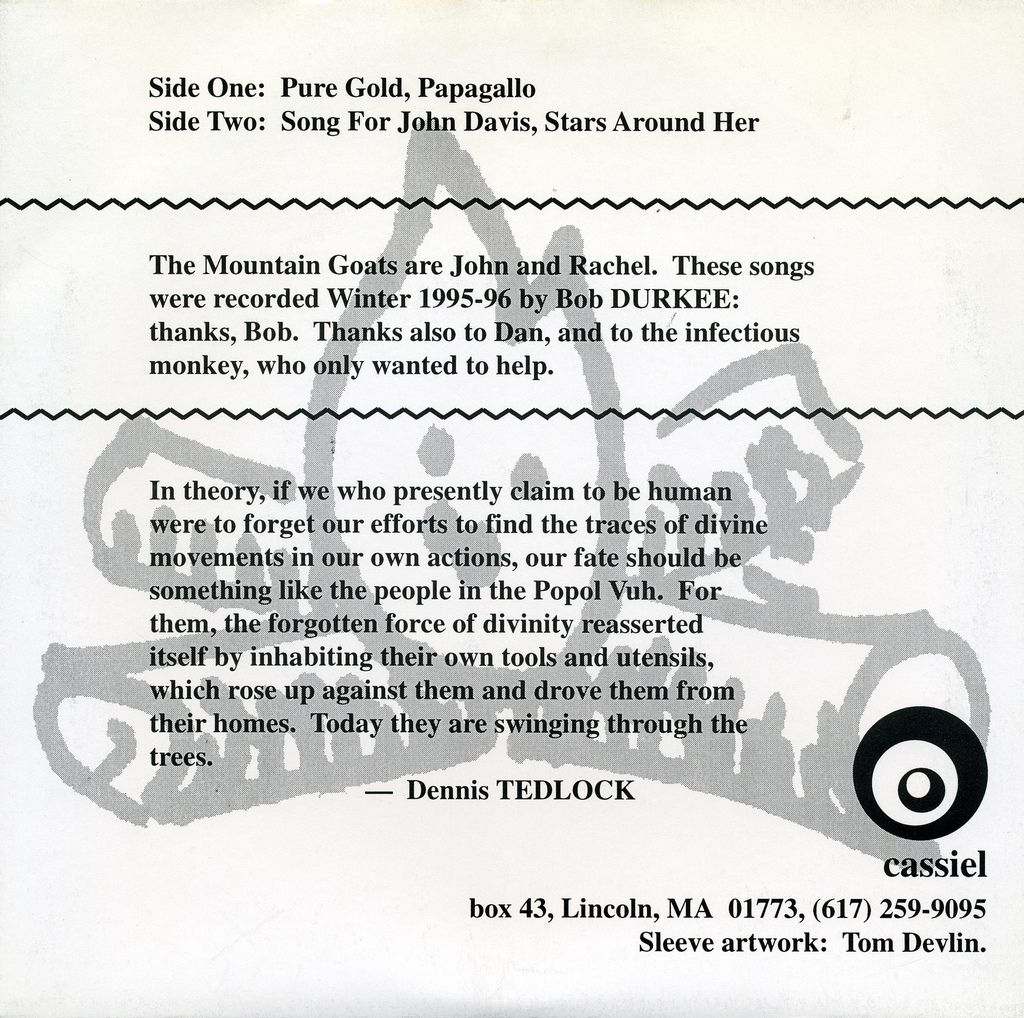 The Mountain Goats are John and Rachel. These songs were recorded Winter 1995-96 by Bob DURKEE: thanks, Bob. Thanks also to Dan, and to the infectious monkey, who only wanted to help.

In theory, if we who presently claim to be human were to forget our efforts to find the traces of divine movements in our own actions, our fate should be something like the people in the Popol Vuh. 2 For them, the forgotten force of divinity reasserted itself by inhabiting their own tools and utensils, which rose up against them and drove them from their homes. Today they are swinging through the trees.
— Dennis TEDLOCK 3

Songs About Fire was included in its entirety on the compilation Ghana.

Hey, don't touch the door 5
Because the door will surely kill you
I hear you saying that you don't see what I mean
Well, you better look again

You were standing near the water
When the wind ripped through
Heard your throat open up like a champagne bottle
I heard the one perfect song pouring out of you
There was a darkening sky reflected on the river
There's no way of determining where we were
Low hills, colors gone crazy
You standing like a ghost with the water behind you
It's hard to grab a hold of something, sometimes
Like you need me to remind you

You were standing near the water
And I was looking at the water
And then you went down in the water
And the river began to boil
There was a minute when I thought I knew what you were about
And then you opened up your eyes and the Lord came out
Low hills, colors gone crazy
You rising from the water like a bird
You had a pure song possessing you from shoulder to hip
And I recognized every single word

I saw the young fruit on the new lime
I felt your breath catch its rhythm
I heard your legs push away the tall, dry brush
I saw the moon and the stars and knew the secrets within them
I heard you saying my name into my ear
No one has to tell me why you've come here
'Cause I know, I know
I know

To my complete shock and awe, Tim Chevalier figured out the pinball reference in Pure Gold — amazing work.

Thanks as always to Caliclimber, whose Flickr page provided the album art.