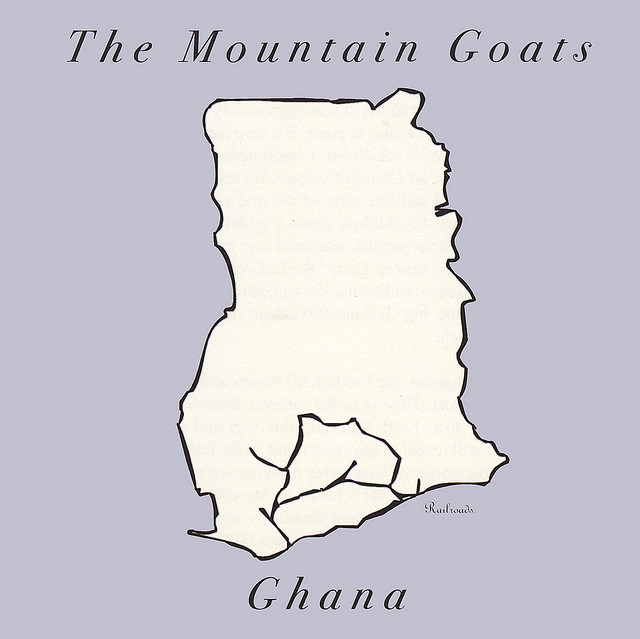 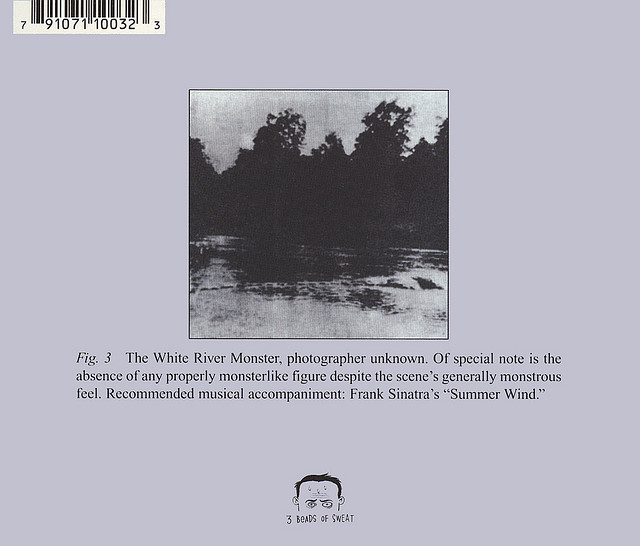 YOU FOUL SPIRIT OF INFIRMITY 4

Among my many obsessions is a guy named Bob Larson, 5 who's like a televangelist, except he lacks the dubious gift that makes for good television; certain kinds of charisma are better suited to less aggressively "hot" media, such as radio or print, and Bob Larson is a case in point. His own personal crusade involves the devil, and the many ways in which Mr. Larson perceives the devil to be making inroads into our once-proud Christian culture. He seems to have cut his teeth on heavy metal, in the wild and free days of the mid-eighties, when guys with big hair were pied-Pipering the children down a gilded path to the open mouth of Gehenna 6 while their naive parents reassured one another with rationalizations. "It's just a phase," Mom says to Dad; "We had our music, and Jenny has hers," Dad says to Mom as Jenny's adjusting her spiked collar before the bathroom mirror, gearing up for the big Testament/Nuclear Assault 7 double-bill tonight at Fender's in Long Beach. 8

Meanwhile, per Bob Larson, the Lord of All Fevers and Plagues 9 is readying himself for the feast of souls. Time is of the essence. Somebody must be saved, and soon, or all will be lost. Lost! Naturally this was and is nonsense, as a brief moment's thought will reveal to any open mind. If the televangelists who believed in the God-defeating power of backwards masking were right, then all the young men and women who banged their heads to Mercyful Fate 10 and did not subsequently answer and alter-call to repent should by now be living horrendous and infernal lives. While we here at Mountain Goats HQ lack the funding to carry out the painstaking research that would determine the question once and for all, I'm going to go out on a limb here and say that most unsaved ex-metalheads are probably doing just fine, and that God has not turned His indescribable Gaze away from them. No one can read the Mind of the Infinite, but it's probably safe to say that some guy from Denmark singing about Satan in an eardrum-rending falsetto isn't actually of much lasting spiritual importance.

But Bob Larsen has a radio show, and has written (or commissioned and ghost-written) plenty of books besides, and he seems fairly confident that demons travel through circuitry and speakers into the mortal souls of unsuspecting music listeners. We have been putting this theory to the test for years now, but have yet to reap any of the rumored rewards. Every last song on this record contains some permutation or other of a backwards-masked message whose gist is "He Who Was Banished into the Pigs That Ran Straightaway Into the Water commands you to send the Mountain Goats some really cool Asian pop CDs or cassettes, sooner rather than later, preferably that terrifying bubblegum stuff from Japan or Thailand." 11 To date only three people have responded. Good sign? Bad sign? The Sign? 12 It is hard to say. Here are the rest of the singles and compilation appearances, at any rate. I cannot promise you that playing them all backwards won't result in the opening of a portal into the Realm of Them Who Got No Faces. You are on your own here. Some of my very favorite songs follow. I earnestly hope you enjoy them.

I don't suppose I could possibly convey here just how badly I want to make my thank-yous read like the credits from an album by Ratt or some similar, less known hair band. You know what I mean: "Special thankz to everybody who's stayed with us all the way to the top!!! We won't ever forget ya!!! To our moms: Love ya!!! You know it!!! To my little bro Davey: Told ya!!! See you at Deke's in late April... know what I mean!!!" and so forth. The lines you've just read, in fact, were the beginnings of just such an endeavor, but I lost my nerve. This, from the guy who since 1994 has played the same Ace of Base song at least a hundred and fifty times in public and never once apologized for it. Thanks to Tim Adams for his long-standing support of this whole project; to everybody who released the records on which these songs originally appeared, including but not limited to Dennis Callaci, Gregor Kessler, Brad Rose, Frank van den Elzen and Fred Maessen, Russell Hill, KSPC, Paul Lukas, Dan Sutton, Joel Huschle and Dan Varenka. Bottles of tequila to Chris Butler and Jon Nall for supplying source material when it turned out that the master tapes had all been sold to pawn shops during a blackout somewhere in the course of yet another season-long buying spree of limited run special editions from small private distilleries. Thanks to the nation of Ghana for lending its name to this collection. I know, I know: a lot of you are probably thinking right now: "Why Ghana? Why not the Ivory Coast, or Kenya? Is there something we should know?" Yes, there is. There is something you should know. I thank you for asking. Gotta say whut's up to my boys down at Lord Charley's! You know I don't miss spraying down those Yorkshire Pudding baking cups ha ha ha ha ha! Steve and Makan you know you're mission the kitchen! Aw Yeah! Thanks most of all to God #1 for seeing us through. To all the people who didn't believe: you know what time it iz! Awwww, yeah! And so on.

This is volume three of three compilations of Mountain Goats songs that have graced various formats and labels over the years.

"Hello there, Paul. 19 I had a take and I listened to it and I was ready to send it, and I thought, 'You know, it can be done better.' So, here it is then. Now I'm wearing my boots, which always guarantees a good showing."

You must try to lead a good life
You must do unto others as you would have them do 20
So that when you die, you'll find Golden Boy peanuts
Waiting in the afterlife for you

With the drawing of the young Chinese farmer
The eastern sun behind him, smiling at you from the shelves 23
If we want to spend eternity in happiness
Well, we're gonna have to watch ourselves

Pure Gold is annotated with Songs About Fire.

Papagallo is annotated with Songs About Fire.

Song for John Davis is annotated with Songs About Fire.

Stars Around Her is annotated with Songs About Fire.

The Only Thing I Know

The Only Thing I Know is annotated with Orange Raja, Blood Royal.

We boarded up the windows
And we sealed the door shut
And we let the special chicken
Build a nest right by the window
Your face was glowing
The heat was strong
We ate cold, black eggs all day long
In the winter when the wind kicked up

On the last afternoon of his life, Jimi Hendrix went to the kitchen
And he got himself a glass of water
He put four ice cubes into the glass
There is nothing like cold water
There is nothing

Orange Ball of Peace is annotated with Taking the Dative.

Standard Bitter Love Song #8 is annotated with Taking the Dative.

Chino Love Song 1979 is annotated with Taking the Dative.

Wrong! is annotated with Taking the Dative.

Going to Jamaica is annotated with Taking the Dative.

Alpha Gelida is annotated with Taking the Dative.

I see the air compressor vent from where it rises
Up from the hot ground but I'm not afraid
I see what's going through
It's you, only it's bigger and better and brighter

I got the sofa set up right here
I got a room, a room full of sand
Open up your mouth, and buddy, you'll wish that you hadn't

I feel the new day coming on strong
I see Cindy and she's talking up a storm
I remember her and I see who she's bringing
It's you, only it's bigger and thinner and wider

There are stars up there even when you can't see them
I'll tell you something that really bothers me
How are we supposed to get anything done
With those stars casting shadows that look just like spiders
Yeah, it's you, but this time you're coiled up much tighter

"We'd like to dedicate this song to our friends, the former inhabitants of the British Isles. One, two, three."

Yeah, they were men on a mission
Preserving their poetry by a oral tradition
Yeah, oral tradition was all you'd get
Until St. Augustine brought them the alphabet 51

Going to Hungary is annotated with Tropical Depression.

I can see the look on your face now
Yes, I can
Bright light dancing all along your eyes
And you covering your mouth up with your hand
Your bracelets jangled against your arm
No harm intended, no harm

You and me are in a lot of trouble
And somebody's gonna burst our bubble
Your husband, my wife
My marriage, your life

I had to stop and catch my breath
When the telephone rang out as loud as death
It was 3 in the morning
There was a low drone of katydids 71 behind your voice
And I came down
From Harrisburg, Pennsylvania 72
And I saw you by the highway

You asked me if the north was all right
And I said it got kind of cold at night
I could feel your bones shivering
Way down there in Birmingham 70
And I came down
From Harrisburg, Pennsylvania
And I saw you by the highway

And I apologize, but I don't know what I loved more
You next to me there or the receding shore
We stood there in the cold
And the baby was six months old
We were passing him back and forth
When a cold, familiar wind came down from the north

Thanks as always to Caliclimber, whose Flickr page provided the album art and who painstakingly transcribed the liner notes. Also, thank you to Harrison Lemke who helped me understand which Augustine was being referenced in The Anglo-Saxons, and to Abbey Lawrence for recognizing the location of Taylor St. in Pure Sound.