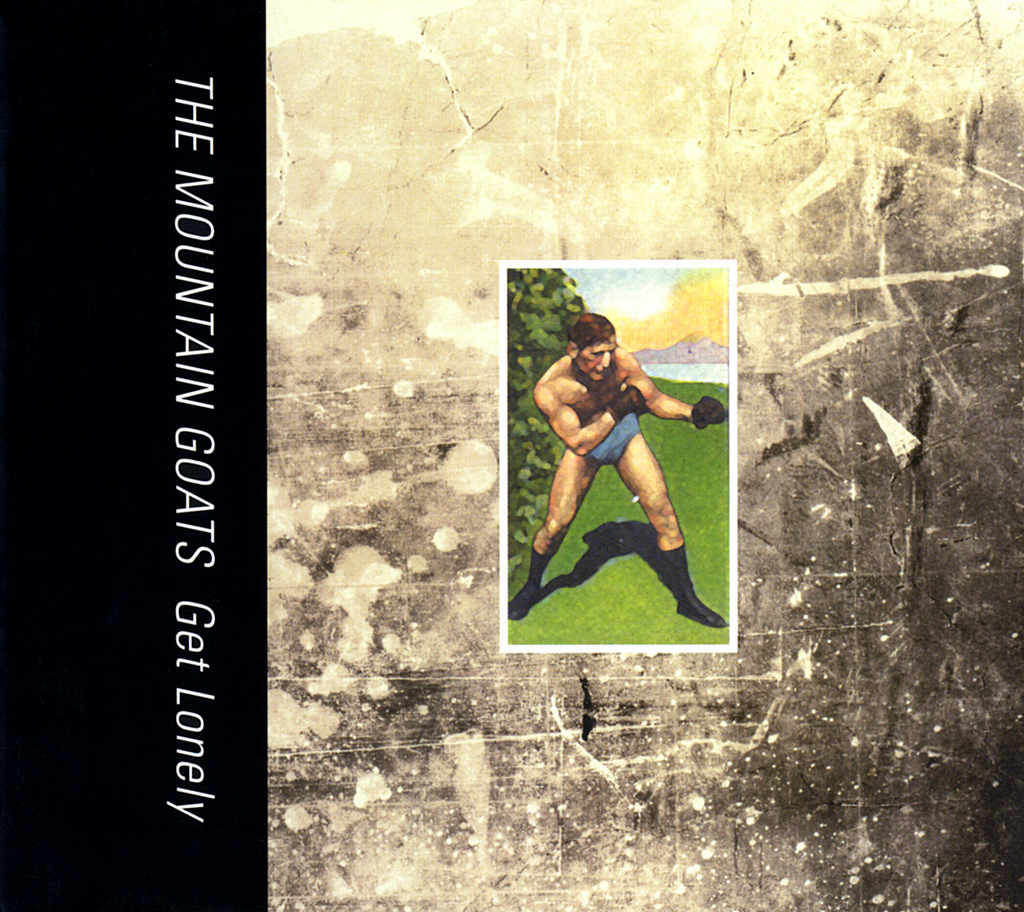 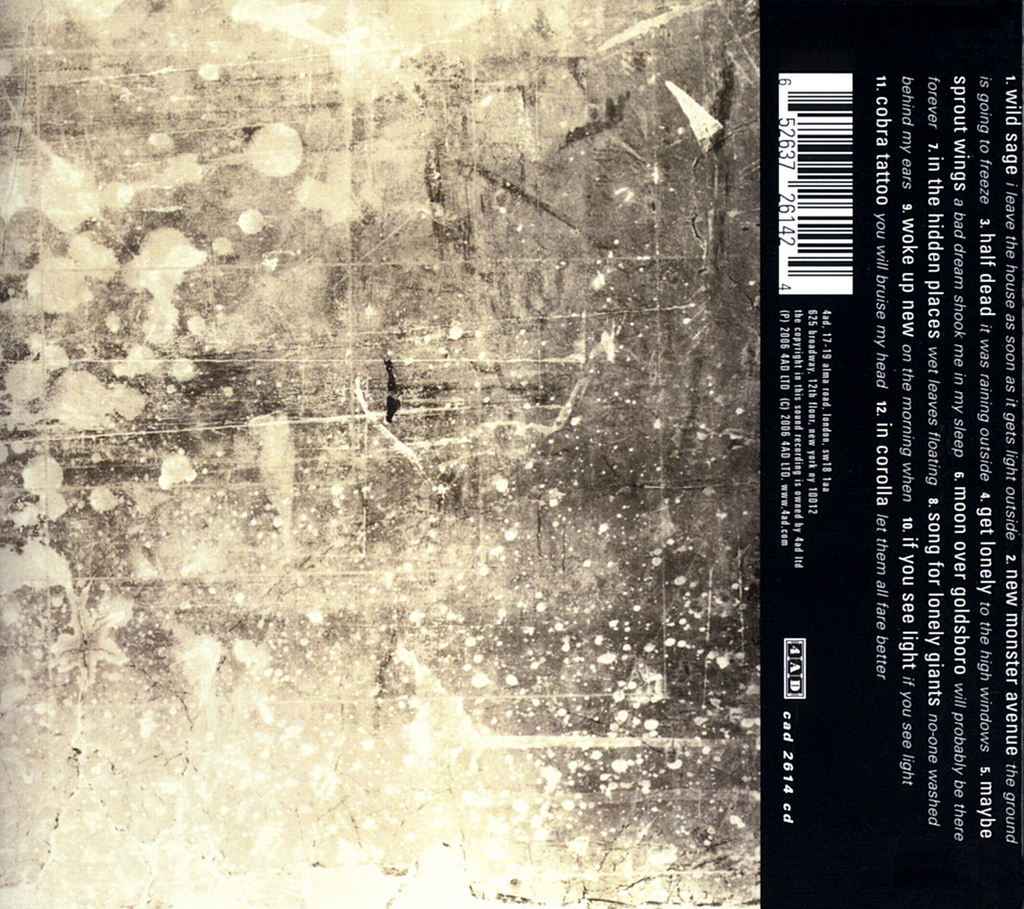 Transcribed and translated in full here.

Get Lonely had a foreign release in Japan, and three songs were only released there: Naming Day, They Are Stone Swallowers, and Keeping House. Additionally, one outtake, Going Invisible, and the demo for If You See Light were released online in Seven for Australia. Going Invisible is accordingly annotated there.

Walked down the soft shoulder and I count my steps
Headed vaguely eastward, sun in my eyes
And I lose my footing and I skin my hands breaking my fall
And I laugh to myself and look up at the skies

I lay down right where I fell, cold grass in my face
And I hear the traffic like the rhythm of the tides
And I stare at the scrape on the heel of my hand
'Til it doesn't sting so much and until the blood's dried

Shadows on the broad lawn, canopy of trees
Sometime after midnight the ground is gonna freeze
Birds in the frosty air
What are they doing there?

I look down at my hands
Like they were mirrors

It was raining outside, so I cleaned house today
Spent half of the morning throwing old things away
Try not to get caught up, try to think like a machine
Focus in on the task, try not to think about what it means

Stole out to the back yard late last night
Pine trees frozen in the silvery moonlight
Rising like giants from the cold earth
What are the years we gave each other ever gonna be worth?

And I will go downtown
Stand in the shadows of the buildings
And button up my coat
Trying to stay strong, spirit willing
And I will come back home
Maybe call some friends
Maybe paint some pictures
It all depends

In The Hidden Places 23

Face in the leaves, song in my throat
Fall through the air, hoping to float
Practicing my solitary scales 'til they grow heavy
Too heavy to carry
Watching them go where they will go

The first time I made coffee for just myself, I made too much of it
But I drank it all just 'cause you hate it when I let things go to waste
And I wandered through the house like a little boy lost at the mall
And an astronaut could've seen the hunger in my eyes from space 30

Waiting for the front door to splinter
Waiting all winter

And no one knows how to keep secrets 'round here
They tell everyone everything soon as they know
And then where is there left for poor sinners to go?

Waiting for the front door to splinter
Waiting all winter

Sun just clearing the tree line when my day begins
Slippery ice on the bridges, north-eastern wind coming in
You will bruise my head, I will strike your heel 36
Drive past woods of northern pine, try not to let go of the wheel

Dream at night, girl with the cobra tattoo
On her arm, its head flaring out like a parachute

Prisms in the dewdrops in the underbrush
Skate case sailors' purses 37 floating down in the black needlerush 38
Higher than the stars I will set my throne 39
God does not need Abraham, God can raise children from stones 40

Dream at night, girl with the cobra tattoo
And try to hear the garbled transmissions come through

And I said, let them all fare better than your servant
The reeds all pricking at my skin
Here's hoping they have better luck than I had down here with you
All that water rushing in

They Are Stone Swallowers 48 49

I saw the city men, they make me laugh
Digging up the cables, cutting them in half
I watch the ancient sun until it falls
See the serpents coming through the walls

You clean out your junk drawer
You mop up some blood, while the
First of some new creatures
Rises from the mud

You spray down the windows
You wipe them all clean, and you
Douse your old clothing
With fresh gasoline

And you can stay busy all day
He's never going away

The incredible Wil Hall transcribed this entire album and is the sole reason this album managed to get posted while I was unfortunately swamped. Wil, thank you! Even more wonderfully, Bryce Carr and Mairead Beeson did an incredible job annotating this album and submitting it, starting it off — it's very unlikely that annotations for this would be up within years of their submission without their hard work. Thank you, thank you! Thanks also to Andrew Fazzari, who unbelievably transcribed and translated the liner notes from Japanese, as you can see below.

Thanks as always to Caliclimber, whose Flickr page provided the album art.