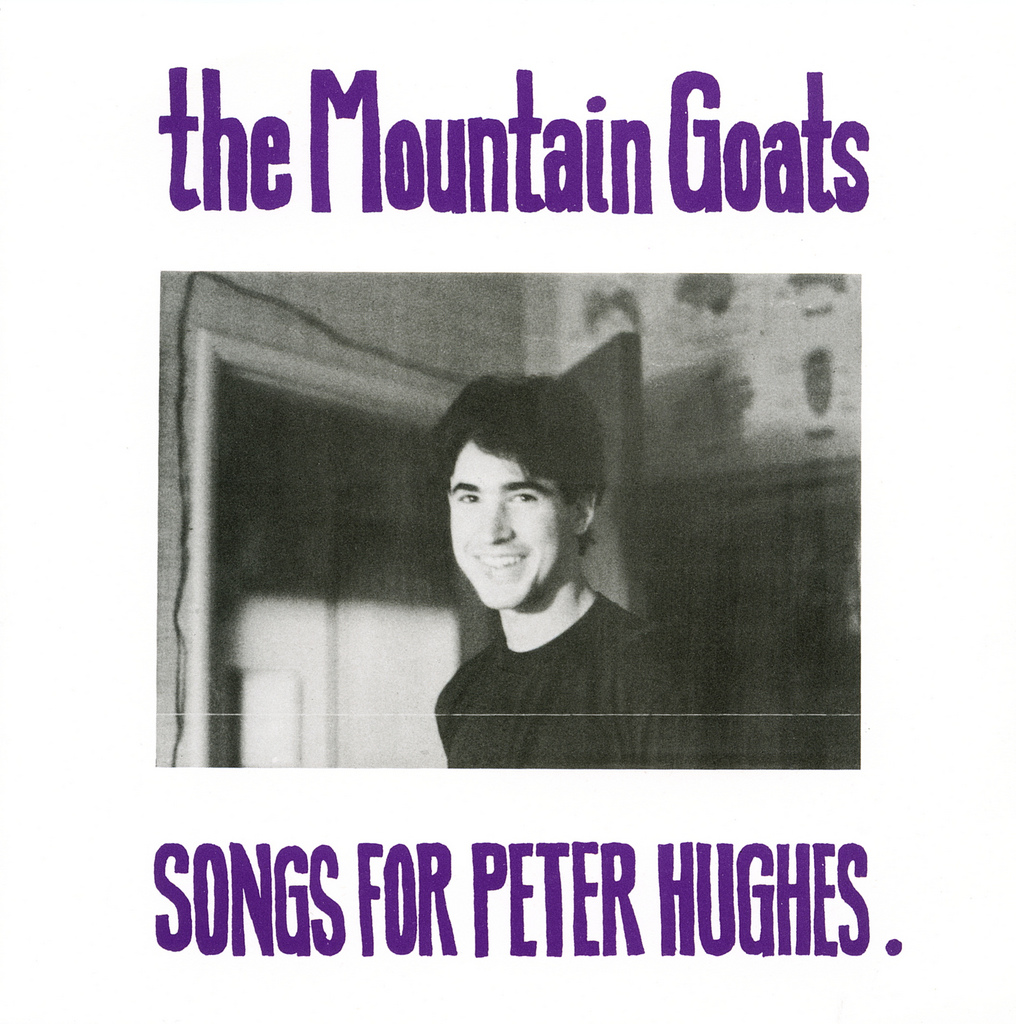 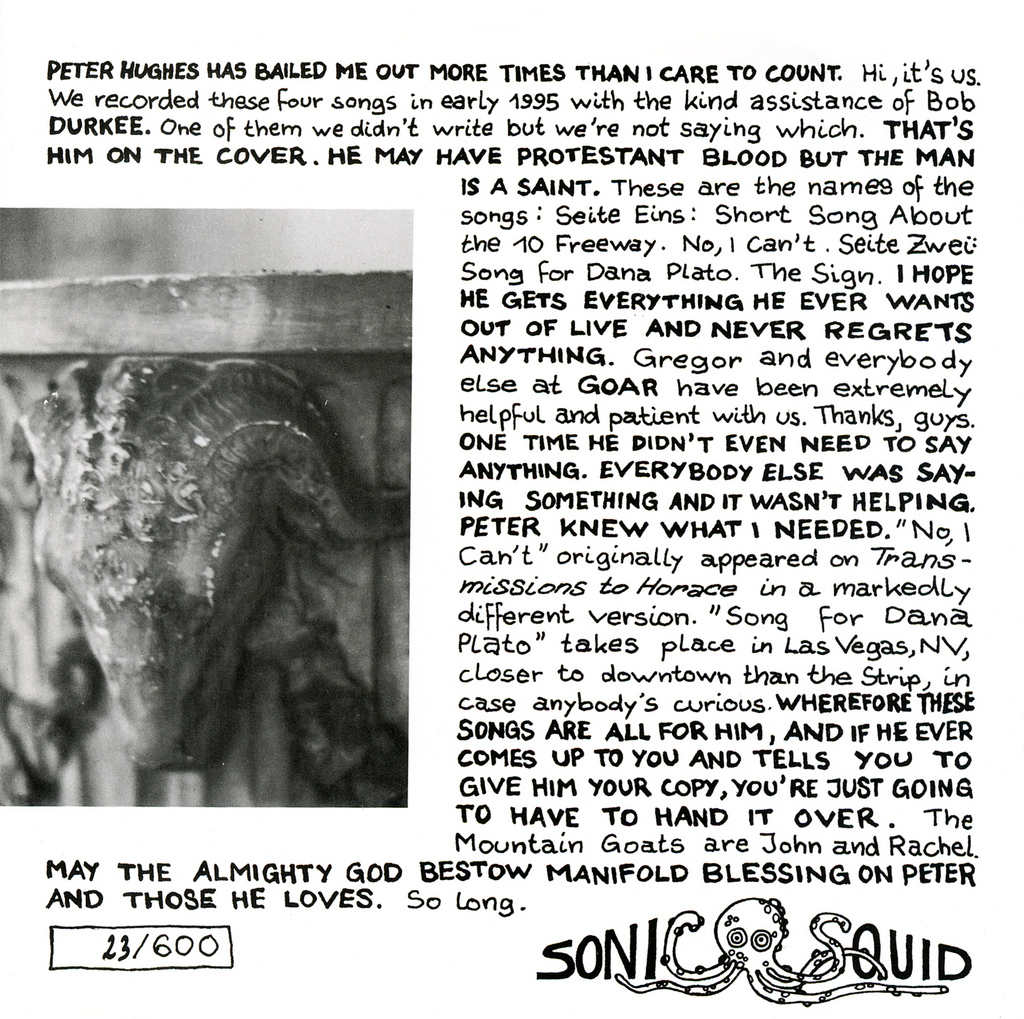 PETER HUGHES HAS BAILED ME OUT MORE TIMES THAN I CARE TO COUNT. Hi, it's us. We recorded these four songs in early 1995 with the kind assistance of Bob DURKEE. One of them we didn't write but we're not saying which. THAT'S HIM ON THE COVER. HE MAY HAVE PROTESTANT BLOOD BUT THE MAN IS A SAINT. These are the names of the songs: Seite Eins: 4 Short Song About the 10 Freeway. No, I Can't. Seite Zwei: 4 Song for Dana Plato. The Sign. I HOPE HE GETS EVERYTHING HE EVER WANTS OUT OF LIVE AND NEVER REGRETS ANYTHING. Gregor and everybody else at GOAR 5 have been extremely helpful and patient with us. Thanks, guys. ONE TIME HE DIDN'T EVEN NEED TO SAY ANYTHING. EVERYBODY ELSE WAS SAYING SOMETHING AND IT WASN'T HELPING. PETER KNEW WHAT I NEEDED. "No, I Can't" originally appeared on Transmissions to Horace in a markedly different version. "Song for Dana Plato" takes place in Las Vegas, NV, closer to downtown than the strip, 6 in case anyone's curious. WHEREFORE THESE SONGS ARE ALL FOR HIM, AND IF HE EVER COMES UP TO YOU AND TELLS YOU TO GIVE HIM YOUR COPY, YOU'RE JUST GOING TO HAVE TO HAND IT OVER. The Mountain Goats are John and Rachel. MAY THE ALMIGHTY GOD BESTOW MANIFOLD BLESSINGS ON PETER AND THOSE HE LOVES. So long.

Songs for Peter Hughes was included in its entirety on the compilation Bitter Melon Farm.

No, I Can't is annotated with Transmissions to Horace.

Three month ride
Sticks in your mind as though the insides of your head were a big screen
Coming in on the evening wind
It's the unmistakable scent of Brilliantine 13
What kind of memory serves, what kind of world is it
Comes headlong at you and then swerves at the last possible second
It's this one
Yeah, it's this one

And in situations like these
It's sometimes useful to think of life as one long continuous evening
That never turns into night
Hey, hey

"I never get tired of this."