Protein Source of the Future... NOW! 1 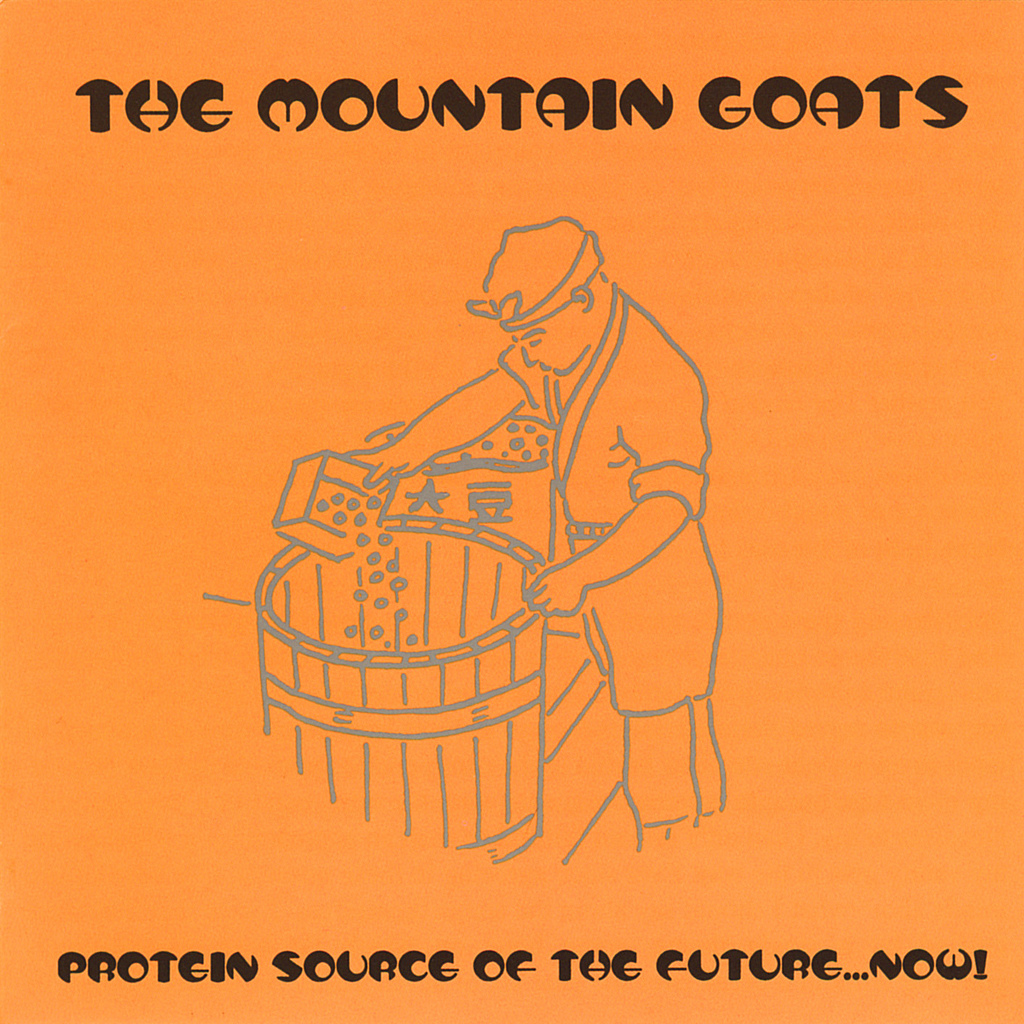 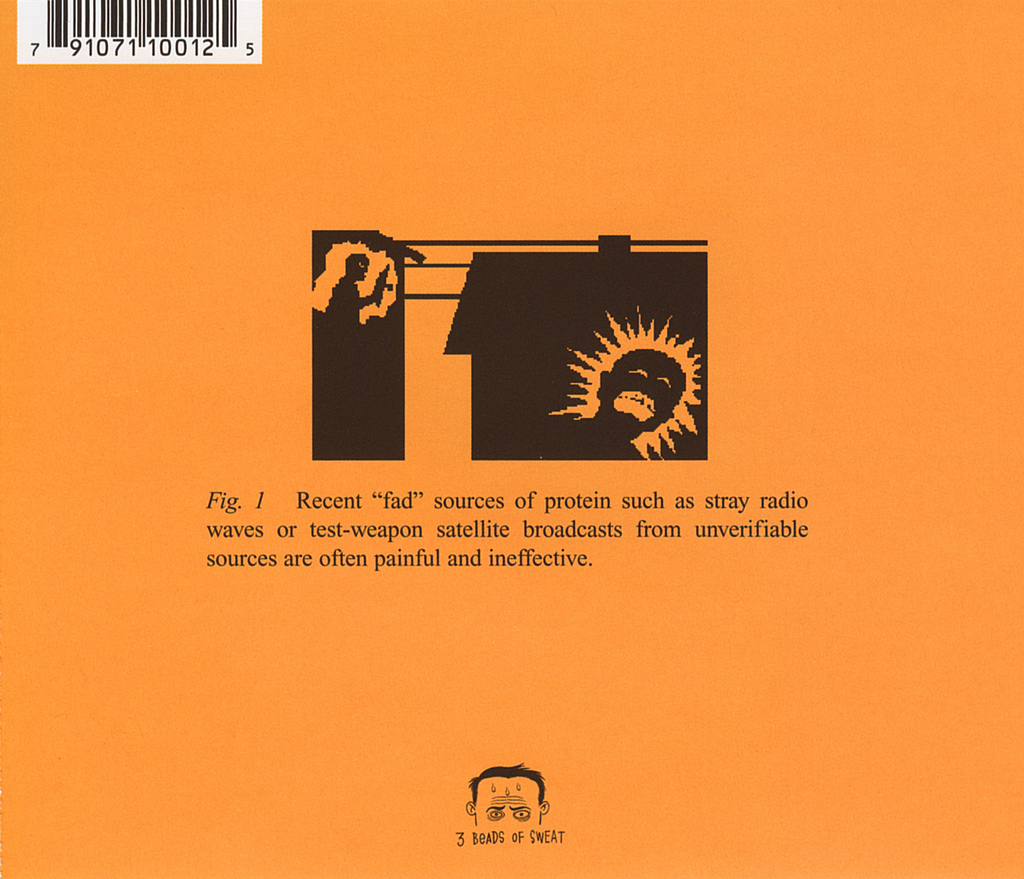 Let me break with tradition and tell you right off how those words would sound in the mother tongue. They're from a song in Hindi, and their meaning is: "One day while performing devotional practices, I saw my house transformed into Goloka Vrndavana, the spiritual world." What you hold in your hands is the first in a series of three volumes which will collect the songs from various cassettes, compilations, and singles, and which will endeavor by various means to effect a similar transformation. From the outset I'd like to warn any purists among you that neither The Hound Chronicles nor Hot Garden Stomp will be included here, since those two will appear together on a single CD at a later date. The only party still absent once I finish cleaning house will be Taboo VI: The Homecoming, the existence of which I do not deny, but which I am in no hurry to reexpose to the harsh light of the sun.

In collecting these songs, there seemed to me two general approaches possible. The first was to put everything together in chronological order, which possibility to me was completely intolerable. The second possibility, and the one I've opted for, was to regard the material as though it'd just been found among a bunch of tapes in an airtight container buried in the snow, and to approach the task of piecing them together into coherent sequence with the cruel hand of a propagandist. Needless to say, I can only remain faithful to such an approach for a while before my vanity gets in the way. Ever since agreeing to these reissues, I've been of two minds about what I should say about the songs themselves. I wish that they were unified by a single theme, some bone on which I'd been disconsolately gnawing without a break over the past six or seven years, but of course they're not; had I that sort of unity of vision, I suspect I'd be writing philosophical treatises instead of dreaming up the circumstances in which these bitter little dramatic monologues take place. If there is in fact any thread that can be traced through all these songs, it's the voice of Qoheleth insisting that all is vanity; 5 the narrators of these songs seem often to give near-apocalyptic weight to their petty grievances, and I am quite sure that some of them would gladly trade the fate of the world for a few hours of relative happiness. Ideally I would have placed these records in the tiny music libraries of 50-watt radio stations on the outskirts of Huntsville, Alabama, 6 or Blind River, Ontario, 7 where the sole proprietors of such stations would regard them with an uneasy respect that was always just one step away from deep mistrust.

If, however, such stations and their proprietors do in fact exist — I can't bring myself to let go of the hope that they do — they are not the audience that has graciously adopted my songs as their own. To this audience I owe a debt of gratitude greater than I would have dared to imagine on the day that I bought a 3/4-sized guitar from a strange little store in Norwalk, California. On that day I began transforming my house into something other than what it was, and you all have been generous enough to look at the same house and give me the benefit of the doubt. The following notes, though riddled with the lies and half-truths which have become something of a trademark with me, offer a few differing perspectives of that house. Here's hoping that whoever lives there now has figured out how to turn down the radiator.

The man on the front and the soybean sprig on the CD were drawn by Lalitree. A thousand people to thank, but let's limit it to these: Dennis Callaci, Tim Adams, Russell Hill, Jod, Simon Joyner, Chris Deden, Tim Alborn. The Bright Mountain Choir: Rachel Ware, Roseanne Lindley, Sarah Coleman, and Amy Piatt. Giana Bernardini. The aforementioned Lalitree. Special thanks to Classix Nouveaux, 9 wherever you are. Anybody here think that Classix Nouveaux will ever hear about this? Yeah, me neither, but it can't hurt.

Fig. 1 Recent "fad" sources of protein such as stray radio waves or test-weapon satellite broadcasts from unverifiable sources are often painful and ineffective.

Protein Source of the Future... NOW! compiles songs from four Mountain Goats releases: Why You All So Thief?, Chile de Árbol, Philyra, and Yam, the King of Crops. The remaining four songs are taken from three old and rare compilation releases, Our Salvation Is In Hand, Pawnshop Reverb, and The Long Secret (and to a lesser extent, Abridged Perversion, which rereleased The Window Song).

Going to Tennessee is annotated with Why You All So Thief?

Pure Heat is annotated with Why You All So Thief?

A knocking sound, it woke me up
But my legs were feeling weak
I stared up at the ceiling and I saw you at the window
But my mouth wouldn't let me speak

Night of the Mules

Night of the Mules is annotated with Chile de Árbol.

Going to Malibu is annotated with Chile de Árbol.

Billy the Kid's Dream of the Magic Shoes

Billy the Kid's Dream of the Magic Shoes is annotated with Chile de Árbol.

Fresh Berries for You

Fresh Berries for You is annotated with Chile de Árbol.

The Monkey Song is annotated with Philyra.

Love Cuts the Strings is annotated with Philyra.

Pure Honey is annotated with Philyra.

Horns punched the air
The aftermath fell around everywhere

Seed Song is annotated with Yam, the King of Crops.

Quetzalcoatal Comes Through is annotated with Yam, the King of Crops.

Omega Blaster is annotated with Yam, the King of Crops.

Coco-Yam Song is annotated with Yam, the King of Crops.

Alagemo is annotated with Yam, the King of Crops.

Two Thousand Seasons is annotated with Yam, the King of Crops.

Chinese Rifle Song is annotated with Yam, the King of Crops.

Yam, the King of Crops

On the morning you went away
The air was humid and the sky was gray
I had boiled peanuts for breakfast from Cairo, Georgia 22

The air was wet, my face was wetter
The pink flowers along the western window made me feel better
I turned the air conditioner on
Found the note on scented stationary, you were long gone
I had boiled peanuts for breakfast from Cairo, Georgia

I popped the top off the aluminum can
Let the brine slide down my fingers, man
It was warm, it was warm on my skin
But I felt the cold blast moving on in
I had boiled peanuts for breakfast from Cairo, Georgia

Caliclimber almost always receives tremendous gratitude from me for providing high quality scans of the albums on his Flickr page. However, today I offer him an especially huge thank you for transcribing the entirety of the liner notes in the booklet. Thank you, thank you, thank you!