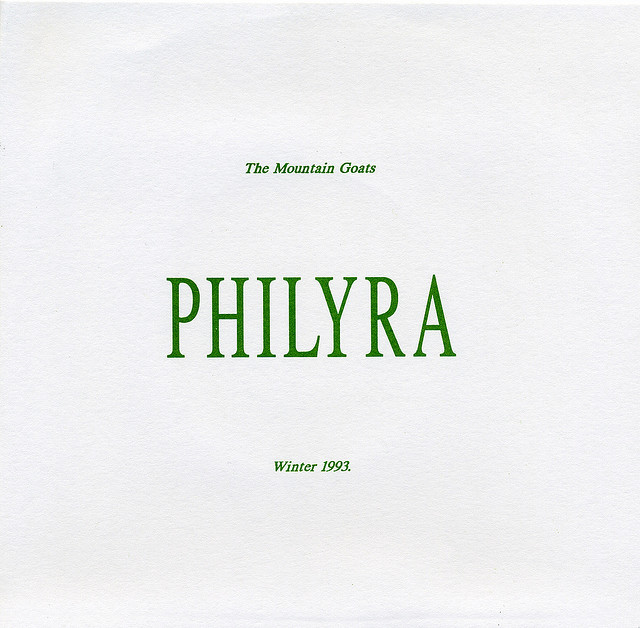 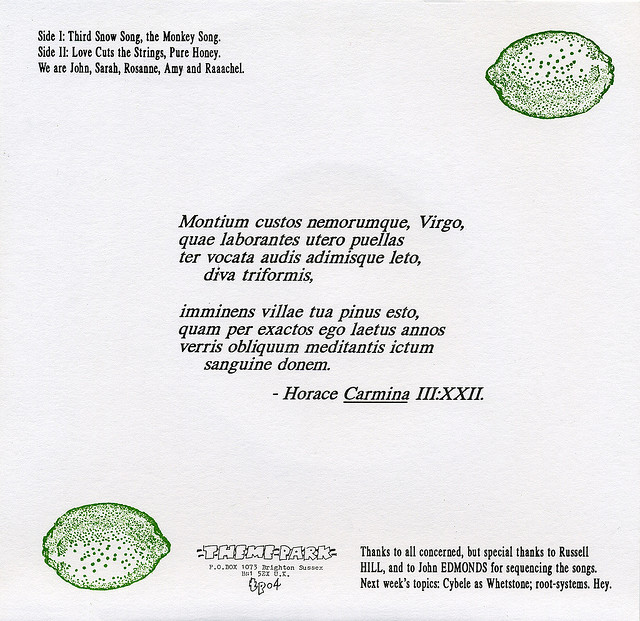 Philyra was included in its entirety on the compilation Protein Source of the Future... NOW!.

First thing that happened was the river overflowed
The water running through the streets, it was sweet and cold
I knelt by the water like a doe by a stream
Punch-drunk, snowblind, as though the whole thing were a bad dream

I smeared myself with pennyroyal 13 to keep the hounds at bay
And you poked your head out from an alley half a block away
And I recognized you, though I'm not sure how
And the air turned red around you as a dull chill came down over me

Thanks as always to the inimitable Caliclimber, whose Flickr page provided the cover art.