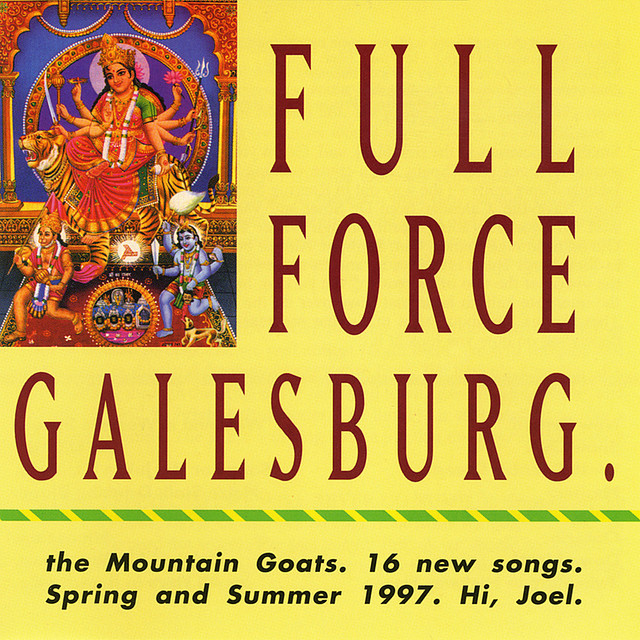 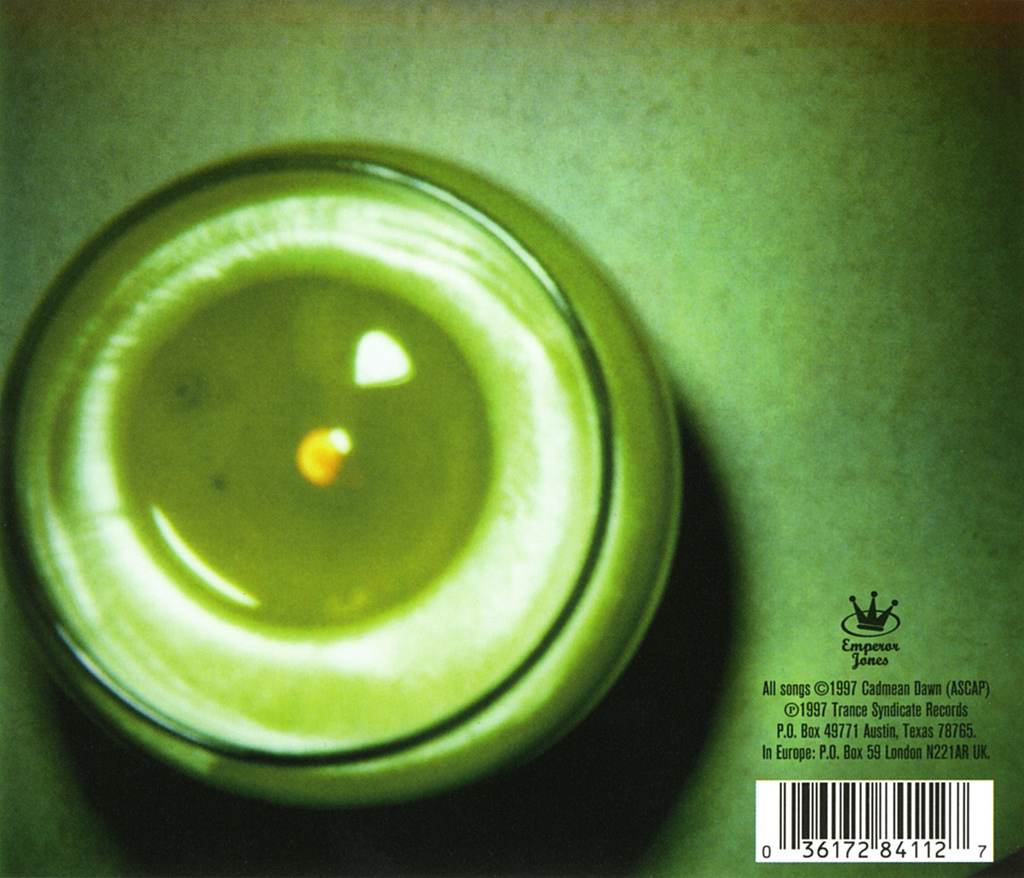 BECAUSE WE'RE YOUNG WE THINK NOTHING CAN HURT US
SOMETHING CAN

16 songs about people whose good intentions are having exactly the outcome you might have predicted if you weren't such a damned optimist.

I am a straightforward man, with no crime on my conscience,
But I was accused of being a spy for China.
So life, you see, is never very smooth business,
And now the present bristles with difficulties.

Small red potatoes in the rich black soil. Green young trees sucking up the river water. Oranges from Spain. Rain-chute running down the side of the trailer. Islands. Paper mills all the way out in Roaring Spring, Pennsylvania. New banjo from Nashville. Calendar from De Smet and Van Diest 5 showing April on the wall, all wrong. Heading North through France for days but never getting out. Old barn, strange sounds. Gin. Sunlight. Almost broke my own heart down there in Vicksburg. 6 There is always an anchor somewhere. All that was left later was the vision of the two of us crossing the parking lot toward the blazing room off the interstate half an hour past Iowa over on the other side of the Mississippi. These songs are about what made that moment either possible or inevitable, depending on how you look at it.

IF THERE IS ONE THING I LOVE it's the weather this year: how it swings suddenly the wrong way just long enough to confuse the geese, who figure, what with the way the air's warmed up on a given day, that winter's over. North they go, and I hear them from where I am. They sing happily, flying in a looser formation than you'd think evolution would allow. They're headed home.

A FEW DAYS LATER, OF COURSE, the elements remember what they're about, and the clouds come closer to the earth than they should, and the fog hangs heavy on the ground, and I hear the sound again and look up: here they come again, flying much lower now and calling to one another for fear that one of them will get lost in their hasty retreat southward. It is now the middle of winter.

SOON IT WILL BE COLD ENOUGH to keep them south until the Spring thaw. It will be so cold that we will almost forget them. We will imagine that we have been this cold throughout our entire lives. We haven't. One find day they will soar through the skies above our small town again, heading North, and the full sun will be bright behind them. The humid air will stick to us like a death in the family. The geese will sing with a joy that even our dreams never approach.

WE MAY FREEZE, BUT WE WILL NEVER GO NUMB. In the summer we tend to forget this, and if an unexpected cold front frosts the crops we fear for our lives. We need not worry. The real danger lies, as we should have learned by now, elsewhere. There is a burning that not even a midwestern winter can kill.

Probably there are among those of you still reading a few who think the notes are a bit heavy-handed this time around, and you'd be right if it weren't for my hold-card: the original notes were a militant vegetarian rant which, among other things, described the lives of meat-eaters as "meaningless." From these notes I wish only to salvage their original impetus, which was the desire to thank the people who drove down from Canada to see me at the Satyricon in Portland 7 at the end of a long and exhausting tour. They were all vegetarians, see, and they lifted my spirits. This bit here is even longer than the original over-pious monologue which it replaces, but hey, at least it doesn't tell you carnivores that you're all going to Hell.

Will I ever tire of thanking Lalitree for her love and inspiration? Will I ever repay the debt I owe to Peter Hughes? Will the Parkinson family please stand up and take the bow they have coming to them? Will Paul Lukas 8 admit he's surprised when the Mets make the playoffs this year? Will Jaime Tugwell 9 get the "Sir" before his name which he so richly deserves? Will Sam Deese 10 be recognized as the man who has elevated degrading humor to an art form more complex and ultimately more important than post-modernism? The answer is probably "no" all all counts 11. This is the long way around saying that the above-named people are very dear to me indeed, and that I thank them for not beating me up. Or, in the case of Peter Hughes, for not beating me up more often.

FULL FORCE GALESBURG was recorded in Iowa, California and New Zealand in 1996 and 1997. Alastair GALBRAITH lent his timeless heart to "Evening in Stalingrad" and "Original Air-Blue Gown"; Peter HUGHES and Bob DURKEE got all liquored up and saved "Weekend in Western Illinois" and "Down Here" from a fiery doom. Bob also recorded the ones that lack wheel-grind and played bricoleur to the whole thing during a week when he would have had every right to just crawl into bed and refuse to come out 'til everybody agreed to leave him along. Thanks for all your help, Bob. It means a lot to me. I hate having to do this: All songs written by John Darnielle, © and ℗ 1997 Cadmean Dawn (ASCAP).

West Country Dream had a live version released on the Yoyo a Go Go 1999 compilation.

On the river, the sun is bright gold
And the things you try to say to me make my blood run cold
But I hold you anyway
And we stare into the sun all day

And you're about to leave again, I've learned to read your movements
And I'm learning how to read your mind
The sun climbs the sky for us above the Mississippi 17
And I feel you in my arms but you're hardly even with me

Breath rising and falling
Expansion, contraction
Why'd you tell me this
Were you looking for my reaction

Up in the pine tree
Red squirrel looking down at me

And I
I want to follow you all the way down this time
I want to see what it is you're going down for
I, I want you more than I want anything
I want you the way you were

I feel like I'm gonna drown down here
It's all coming down, down here

And I don't speak the language down here
It's all coming down, down here
Yeah

You turned to me and asked me if I'd always be your boy
As we drove across the river into western Illinois 17
And on the railroad bridge, half a mile of solid steel
Wheels were spinning out sparks, scraping at the rails
Wind in your hair all right
Sunset spilling through the rear window
Your white t-shirt hugging your shoulders, beaded with sweat

As we walked across the parking lot toward the motel office
We were walking with a benediction on us
Light was everywhere, the building stood against the sky
Like a monument to desperation two floors high
Mile and a half from the river
We went back to the car to get our overnight bags
Sunset spilling through your earrings all over your body

And we love these dogs
That roll on the lawns here in Galesburg 3
Because they seem to know something nobody else knows
It is written in the smiles on their faces
And it rings in their high, young voices
We are burning up all of our choices up here where the tall grass grows 36
Up here in Galesburg

Song for the Julian Calendar 37 38

Seeds came in the mail today from Holland 48
And the language on the package is wonderful and strange
All sorts of flowers that grow up from the earth
In goodly colors gloriously arranged 49
I circled the house and I scattered them around
Let the water sink down into the soil
Stared a long time at the residue
Blood, milk, and oil
God, the humidity is something
Our shirts are soaked clean through
But the house is throbbing and the heat keeps coming
And I keep looking at you

And then you're singing in Dutch to me
And I recognize the song
And it seems so old and so fragile
And I haven't heard it in so long
We may throw the windows open later
But we are not as far west as you suppose we are
Hot wind coming off the water
Sky gone crazy with stars 50
While we stay here, we imagine we're alive
We see shadows on the walls
There's something waiting for us in the hot, wet air 51
Sweat, water, and alcohol
Just the old blood
Rising up through the wooden floor again
Just the old love
Asking for more again

And on the television
Black and white footage of the young Cassius Clay 53
My God, my God, my God
He was something

And I was sure my heart would break
When the sun sank down into California
I felt your breath on my neck, it was hot and good and pure
And I wanted to warn you

Thanks to Johnp for pointing out the Van Morrison reference in the title! And Caliclimber is awesome — his Flickr page provided the album images. I hereby dedicate Evening in Stalingrad to him. Go check out his site, it rocks. Thanks also to Evan Perez for noting the interpolation of Trouble in Mind in Song for the Julian Calendar, and to Steve Brinson for finding the right translation of the Ho Chi Minh poem in the liner notes.