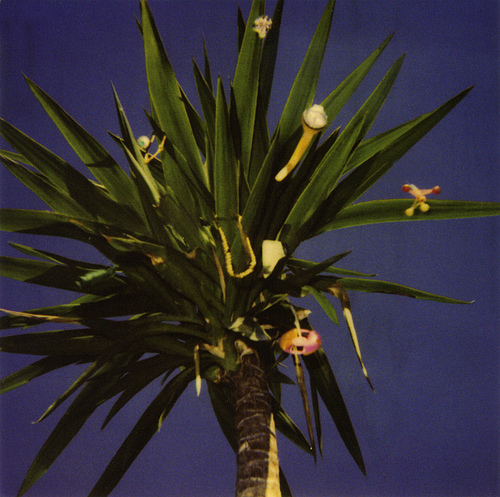 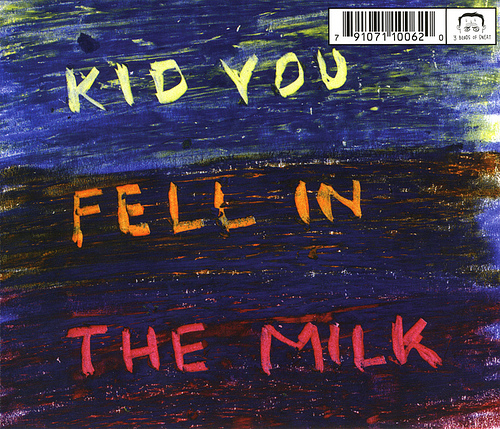 KID YOU FELL IN THE MILK 3

Hello again. There are those who have complained, some of them rather loudly, about the abundance of untranslated quotations on Mountain Goats records. The following, written in English and left that way, is a sort of peace offering. Let it never be said that the Mountain Goats do not aim to please.

The wood underneath would win and win till the end of time. Of that there was no doubt possible, only the pain of hope perennially doomed to disappointment. It was so clear. Of course it was in the nature of the wood to rot with age. The polish, it was supposed, would catch the rot. But of course in the end it was the rot which imprisoned everything in its effortless embrace. It did not really have to fight. Being was enough. In the natural course of things it would always take the newness of the different kinds of polish and the vaunted cleansing power of the chemicals in them, and it would convert all to victorious filth, awaiting yet more polish again and again and again. And the wood was not alone.

— Ayi Kwei ARMAH. The Beautyful Ones Are Not Yet Born, Chapter One. 5

Of course, a careful reading of the Metamorphoses of Apuleius 6 would yield the same information, but what the hell: not everybody wants to read Apuleius. Go figure.

ZOPILOTE MACHINE is a 19-song mater ferricrepina magna ferocia 7 and was recorded entirely in California by the Mountain Goats and the Bright Mountain Choir 8.

We are Rosanne, Rachel, John, Amy and Saaarah. Bob DURKEE sequenced these; some of them were recorded with the invaluable assistance of Keith FITZ and Steve KRONK. Thank you Bob. Thank you Keith. Thank you Steve.

The cover photograph is by Marcella ZITA, who is simply the finest independent filmmaker on the West Coast. 9 The Mountain Goats Mandala on the booklet's back is paint-and-pencil on 20-lb. bond by Mark GIVENS, 10 whose constant and unflagging dedication makes our gratitude seem paltry.

The list of people who need to be thanked is too long, but to Leti, Dennis, Mark, Joel, 10 Tim, Russell, Franklin, Peter, and everyone at the Candy Bar our undying gratitude.

We lean back and we clink our glasses
Raise the drinks to our thirsty mouths, thick as molasses
Ice cold vodka eases in
As the low-pressure system brings the breezes in
And they sashay and pirouette above you
The only thing I know is that I love you
And I'm holding on
Yeah

One, two, three, four
That's not music you hear, that's the devil
That's not the sun up in the sky, it's a human heart
If you're planning your escape, you know I'm all for ya
As I watch the sun come up again over Tallahassee, Florida

We Have Seen the Enemy 19

So I tore off to the phone
To call you and tell you something, but I couldn't remember what
Because through the clean, clean windows
Saw the plum tree's leaves as red as fresh blood

When you kick off your shoes
And I see the wet grass give way underneath your feet
And the sunset soars up once more over its burial ground
Well, you look so sweet

And I know you'll be turning me in
But I also know your real name's not Amy Lynn
And as the orange globe rears up to swallow us too
I see you look at me to figure out what I know about you
Well, I'm not telling
I'm not telling you anything

When I hear the screeching weather vane
In the wild wind and the pissing rain
I know that one of us, I'm not saying who
Has got rocks in her head, the rain comes through
The open window, but you don't think so
I sure do love you
I sure do love you

When the building establishes control
When the thunder from the north begins to roll
Down our way, I know I've been right all along
And you start singing that stupid children's song
You think I don't know it, but I just don't feel like singing it
I sure do love you
I sure do love you

Up in the cedars we were too far away
For the radio to tell us the time of day
But there was moisture in the air
And I heard the city call
They could go on burning
To hell with them all
Your liquid movements
The water rushing by
Blue water, white sky

World's surface was as smooth as glass
They saw the hour coming and they didn't let it pass
I heard you say my name twice through your teeth
I saw you coming down to me, I was underneath you
It's been coming for some time
You close your eyes
Blue water, white sky

The most remarkable thing about coming home to you
Is the feeling of being in motion again
It's the most extraordinary thing in the world
I have two big hands and a heart pumping blood
And a 1967 Colt .45 45 with a busted safety catch
The world shines
As I cross the Macon county line 46
Going to Georgia

Yet another thanks to the brilliant Caliclimber, whose excellent Flickr page provided the album art, and who provided detailed scans of the liner notes, along with fact-checking of history. Thanks also to Joel Fell for pointing out that the Colt .45 in Going to Georgia is more likely a M1911 pistol than the revolver.