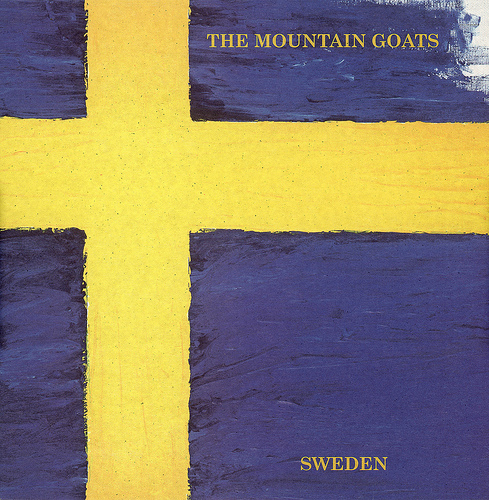 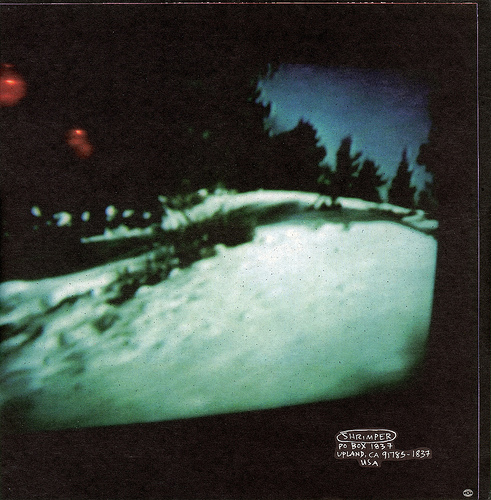 Ask the typical American what he or she knows about Sweden and you'll probably be met with a confused, empty sort of look, a shrug of the shoulders, and a stammering response about Swedish meatballs; ask the typical music fan and you'll probably hear something about ABBA and Ace of Base; 7 ask me and I'll start telling you about the Swedish Chef on The Muppet Show, 8 who never seemed to get around to making the meatballs but sang better than all of the members of ABBA and Ace of Base put together.

While our inability to attach any definitive imagery to our conceptions of Sweden may have something to do with garden-variety American cultural know-nothingism, it probably owes just as much to the Swedes' oft-overlooked skill at cleverly obscuring their true nature. Everything about the Scandinavian country, from its understatedly simple flag design to its studious neutrality in both World Wars, has been carefully crafted to lull us into accepting the Swedes as a nation of cheery blue-eyed blondes with nothing better to do than sip aquavit and eat smorgasbord. Nothing could be further from the truth.

The fact of the matter is that Swedes are brilliantly cunning and ruthlessly ambitious. Not all of them are as obfuscatorily fiendish as IKEA founder Ingvar Kamprad, who grudgingly admitted in November of 1994 that he had "naively" belonged to a Nazi organization between 1945 and 1948 9 (and whose stores, to my knowledge, have never played ABBA or Ace of Base over their sound systems, although they do serve Swedish meatballs), but as a rule it is wise to treat Swedish claims and statements with a certain healthy skepticism. Official statistics on alcohol consumption, for example, rank Sweden among the lightest-drinking countries in the world, but this is characteristically deceptive — high alcohol taxes make drinking in Sweden prohibitively expensive, so most Swedes simply hop over the border to either Finland or Norway and get soused to their hearts' considerable content. Similarly, the 1986 assassination of outwardly docile Swedish Prime Minister Olof Palme was originally seen as an act of senseless terrorism but is now widely acknowledged to have been an ingenious and necessary sacrifice, carried out with Palme's full cooperation and approval, in order to draw attention to the high quality of Sweden's long-underrated firearms industry. Even the Swedish Chef himself, long a staple on The Muppet Show, was not fully what he seemed: close inspection reveals that he was the only Muppet to have human hands rather than Muppet hands, an anomaly that has never been satisfactorily explained and whose secret apparently went to the grave with honorary Swede Jim Henson in 1990. 8

Such inscrutability, coupled with a national history dotted with character-building ordeals like the Stockholm Bloodbath of 1520, the Thirty Years War of 1618–48, and the Linköping Cannibalism Outbreak of 1926, 10 adds up to a juggernaut in the making. Americans would be wise to protect their collective flank and pay heed to the warning recently issued by the Swedish rock band Whale, whose 1994 "Hobo Humpin' Slobo Babe" single contained the following backwards-masked message: "We will bury you... bury you." 11

Mark GIVENS painted the front cover at which we are awed and for which we are grateful. 12 The back cover is from Marcella ZITA's Walking on Snow, maybe the best film I've ever seen. 13

Thanks to the Swedish Army, Special Forces Unit: Liz, Dan, Danielle, Dennis, Giana, Paul, Gary, and Kurt. Very special thanks to the monkeys for playing on the coconuts with their little hands on the Neon Orange Glimmer Song.

The Mountain Goats are John and Rachel. Fergus is completely out of his mind.

Sweden has one major outtake, I've Got the Sex. It is also intimately related to its sequel, the unreleased album Hail and Farewell, Gothenburg. John has also played several unreleased outtakes of unknown names, which have been named by their tapers as [Horse and Master], [I Might Compare], [Let Me Go], [One Frozen River Stuck in Time], [Shield My Eyes Against the Glare], and [Slip Away From Me], based on their lyrics.

Well, you were standing in the door
Well, I wondered what you were waiting for
I saw the wild strawberries on the vine
Out of control

"I who have sat by Thebes below the wall
And walked among the lowest of the dead." 25

Now, what did I do
And what did I say
That ever could leave you
To treat me this way
If I've been untrue
I'm willing to pay
And darling, if that's not enough I'll do anything you say

So darling, please
Wherever you may be
Hear my plea
And hurry home to me
I know without your love
I just can't go on
I wonder where our love has gone

The ghostly sing-song
Of the children playing double Dutch 37
I felt the wind come through the window
I felt it turn around and switch back
In the second-story room
In Jamaica, Queens 38
Your hair was dripping wet
Your skin was clean
And the children skipping rope
Tripled their speed
You were all I'd ever wanted
You were all I'd ever need
In New York City in the middle of July
The air was heavy and wet
The air was heavy, your body was heavy on mine
I will know who you are yet, I will know who you are yet

We were newly alive and I felt your hand on my arm
I was awake to the sensation and immune from all harm
You pressed your soft cheek up against my gut
Pure gold, nothing but gold
And I'm gonna bake you a nice coconut cream pie
'Cause I saw the sky coming down to meet you

"It is the only appliance that grinds the grain into flour and kneads the dough in the same container." 44

Hurry the bottle mama, it's grapefruit wine
Kick off your high-heeled sneakers, it's party time
The girls don't seem to care what's on
As long as it plays 'til dawn
No static at all

I know you don't believe me, but I could hear you breathing
I looked into the tub and there the mixture was seething
With new life, new life all around
I stirred up the dust on the stairs coming down
You were upstairs in the kitchen
With your head against the sink
Trying to cool down
Trying to cool down
Yeah

You're mean to me
Why must you be mean to me 71
You shouldn't forget, you see
What you mean to me

Thanks as always to Caliclimber, whose Flickr page provided the album art and insert and who personally provided a scan and transcription of the CD booklet.