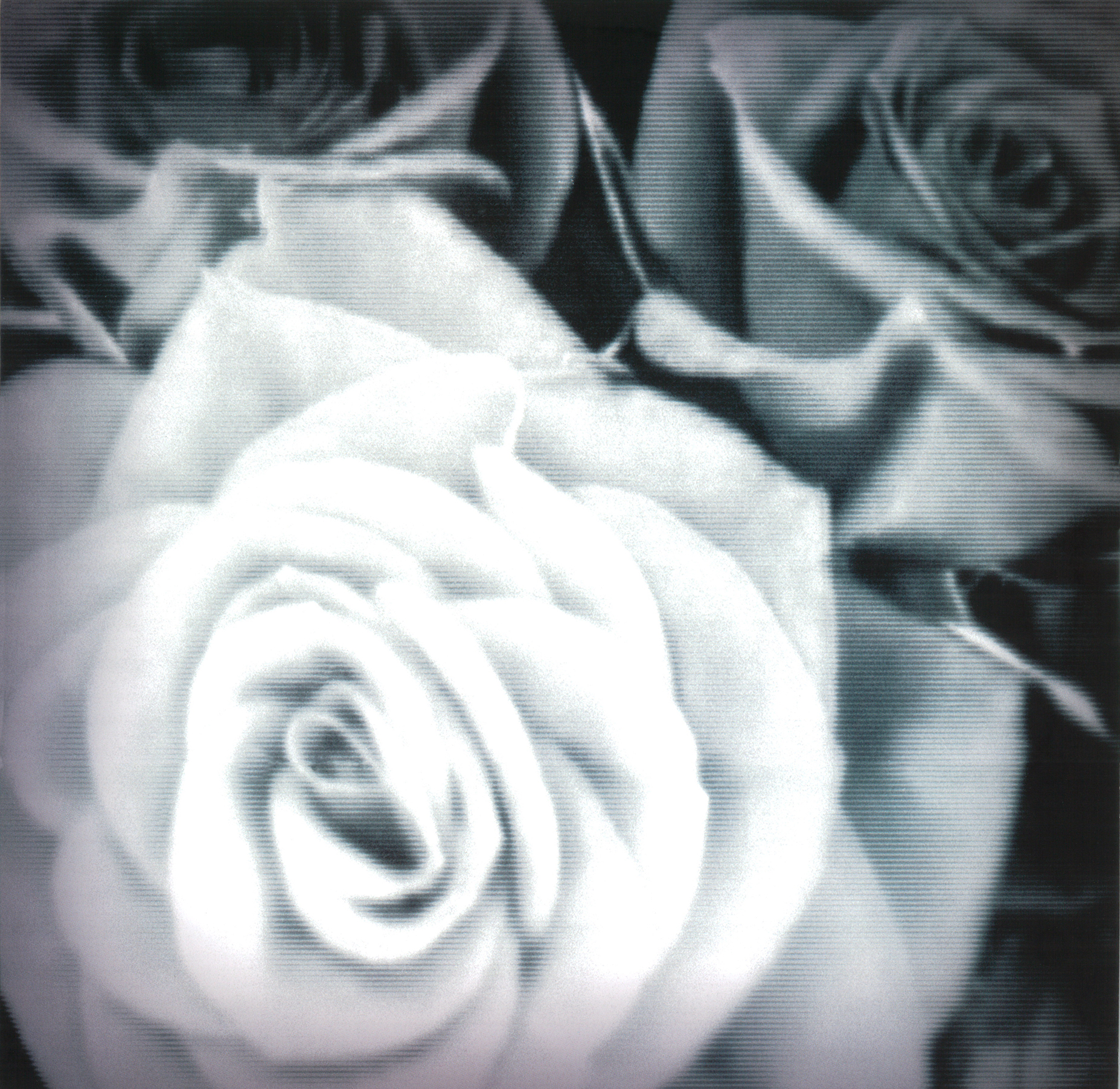 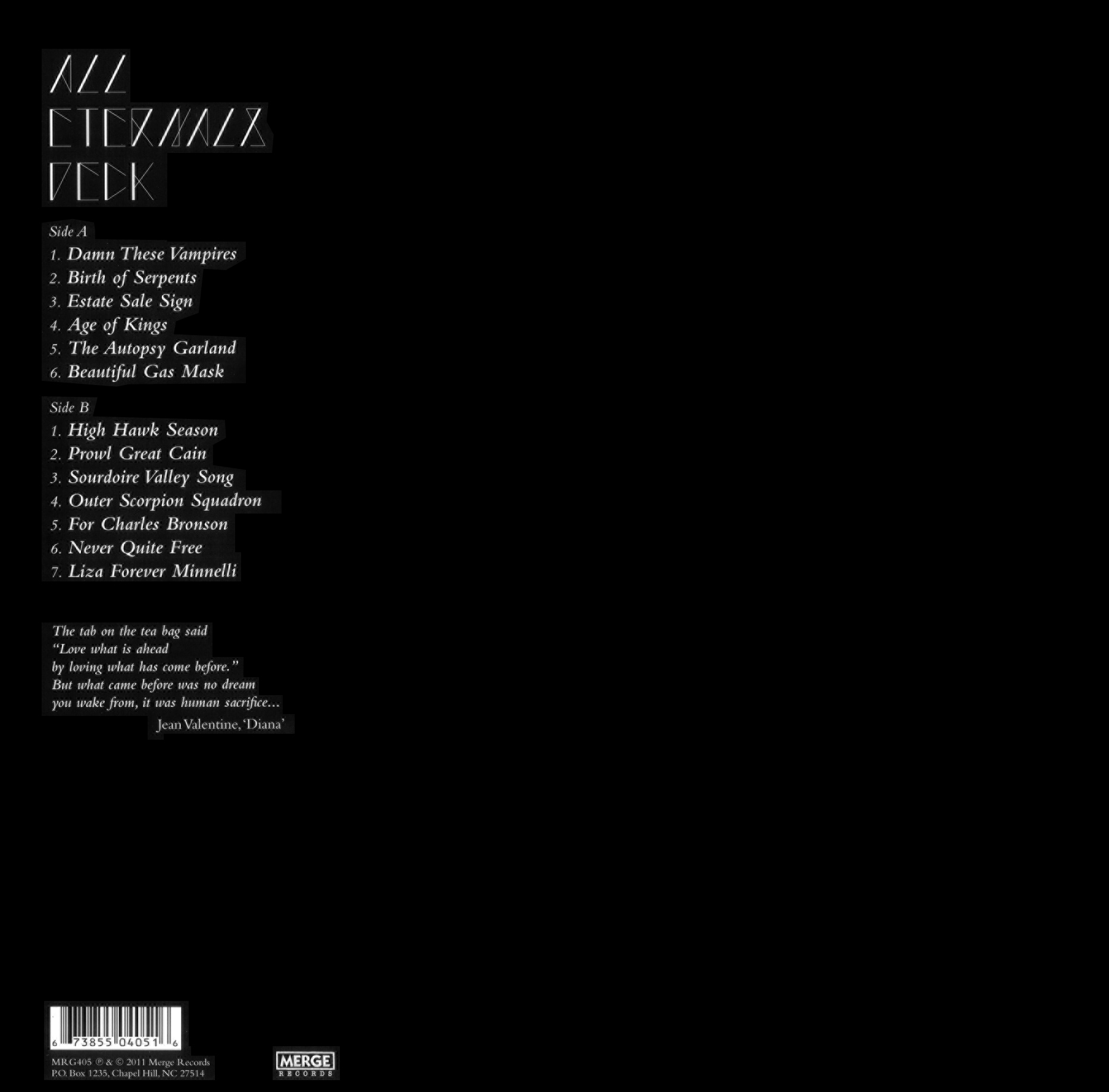 The All Eternals Deck predates Crowley's 5 tarot 6 by at least ten years; 7 its earliest known issue arises three months after the first recorded appearance of the Inhuman Impulse Deck,8 to which it owes stylistic debt. Beyond these few details, its exact provenance is less certain. The two differ in several ways: the IID was printed on rough stock in purple and black ink, the AED in full color on gloss; both decks are printed on stock sourced from the same supplier, but the former's press can't be identified, whereas the latter's has been positively traced to a pre-Depression print shop in Oklahoma City; the IID's instructions offer only one layout, the AED's three; etc.

The IID was a "trade" deck, sold by card-readers to other card-readers and to readers-in-training. It did not circulate among the general public. The AED, known to have been commercially available in various locations across the U.S., England, and in places farther afield (two decks, both heavily used, were found several years ago in Poland), may have been marketed to families as a parlor game, or to collectors of spiritualist arcana. The numbers in which it circulated are not known and estimates vary widely.

The cards themselves are derived from a common source (see several nearly identical cards, e.g. the Rose, the Cave-Dweller, and the Sick Twins9) but seem to have been drawn by different artists. The IID's drawings are less detailed than its successor's. The AED is also more hopeful than its predecessor, which may account for its wider reach; even its least favorable readings can be left open to more cheerful interpretation. It shies away from calamity. The IID, on the other hand, was almost unique among fortune-telling devices in that it freely predicted dire consequences and unhappy endings.

While the original plates for the AED have been lost, secondary plates were struck in 1951 using careful tracings of the originals as models, and these in the main are the cards that have come down to us. Several copies of the deck's original instructions, which came tucked into the pack in the form of a miniature 12-page pamphlet in small type, remain in the hands of private collectors; they refer to a card called the Half-Dragon, which is not found in any surviving or catalogued copy of the deck.

(raps under table with fist: "who from future time dost summon, I slumbering in memory," etc ad lib) 12

check for something behind floral arrangement 13

most spirit guides instruct the novitiate to send away any demonic spirit animals. we trust the seeker 14

in a former incarnation you struggled but knew great joy 15

a person known to you will make sudden contact 16

everything eventually takes place on film 17

expiation candles 18 available in bulk; our most popular candle 19

re-scan everybody for disguises. somebody's hiding something 21

past life regression 22 is your best vacation value 23

roughly equivalent to the Tower 24 in standard tarot — avoid 25

'Fortune-telling cards with their evocative yet enigmatic images are signposts on the path to the inner self.'

from the preface to the instructions of the Biedermeier Jóskártya 27 (Gipsy fortune telling cards), Hungary, year unknown

The tab on the tea bag said
"Love what is ahead
by loving what has come before."
But what came before was no dream
you wake from, it was human sacrifice...

All Eternals Deck had foreign releases in Japan and Australia. Two songs were extras solely on these releases: Brisbane Hotel Sutra on the Australian release, and Used to Haunt on the Japanese release. The Japanese release of the album contained strikingly different liner notes. You can see the original Japanese text here. Thanks enormously to Andrew Fazzari for transcribing these! Unfortunately, I haven't been able to find someone to translate these, and so there's potentially information about the songs hidden in the Japanese text. If you speak Japanese and would like to assist by translating the liner notes, please email me!

Tie those horses
To the post outside
And let those glass doors
Open wide
And in their surface
See two young, savage things
Barely worth remembering

Let the camera
Do its dirty work down there in the dark
Sink low, rise high
Bring back some blurry pictures to remember all your darker moments by
Permanent bruises on our knees
Never forget what it felt like to live in rooms like these
From the California coastline
To the Iowa corn
To the rooms with the heat lamps
Where the snakes get born

Some guy in an Impala 41
Shakes his head when he rides by
But I remember when
We shared a vision, you and I

The sacrificial stains
All spreading out and soaking through
But I remember when
We kept it pretty, me and you

Stock shots, stupid stock shots
From the Pomona mall 42
Set up like unloved icons
Gathering dust up on the wall

Lean on the concrete walls in shadow
Why should we wait to throw the switch
Felt your name burning like a tattoo into my skin
Rain on the clay tiles all night, your head nestled beneath my chin

I can't hear you in the dark
Wish I knew where you'd gone
Know you're there, off in the shadows somewhere
Trying to soldier on

Toxic shapes adorn the walls
As we rise from our knees
Someone's coming to reward us, you wait and see
Or crush us both like fleas

Drift through the streets, walk between the cars
Newborn sons and daughters spat forth from distant stars
The summer will reveal itself to those whose hearts are true 63
And to the faithless few

Surge forward from Van Cortlandt Park 64 like frightened sheep
Spirit throngs that hoist us high, three thousand warriors deep
Spray our dreams on any surface where the paint will stick
Try to time the rhythm, listen for the click 65

Bang the small rocks on the big ones
Til the small ones are sharp and clean
Catch something, kill something
New blade cuts real keen 76

Rake the sands until they surface
Blind their tiny eyes

Rake the sands until they surface
Up they come, gone translucent
They're coming up no matter what
Fools rush in 80 and the doors slam shut

"This song is called For Charles Bronson. One, two, three, and."

Work until I drop
Drift from place to place
Ehrenfeld, Pennsylvania 86 Scratched into my face

It gets all right
To dream at night
Believe in solid skies
And slate blue earth below
But when you see him, you'll know

Walk by faith 90
Tell no one what you've seen

They shine like steel swords 91
Wish me well where I go
But when you see me, you'll know

Never get away, never get away
I am never ever gonna get away
From this place
Lay down on the street
My eyes toward the sun
Your star next to my face 96

Turn back, turn back
Find someone to tell your secrets to
Dream past an old hotel on Ivar 102
And seconds later I saw you

Never get away, never get away
I am never ever gonna get away
From this place
Lay down on the street
My eyes toward the sun
Your star next to my face

Never get away, never get away
I am never ever gonna get away
From this place
Lay down on the streets
My eyes toward the sun
Your star next to my face

Ride the sentimental rodeo
Down to where the shadows grow
Long while since I felt this way
Stand by the window, wait for day

Thanks also tremendously to Thomas Fidler (Drumhax on the forums), who transcribed and began these annotations, and as always, did an amazing job. Finally, as always, Caliclimber is my hero, whose outstanding collection of album art provided the images used here.