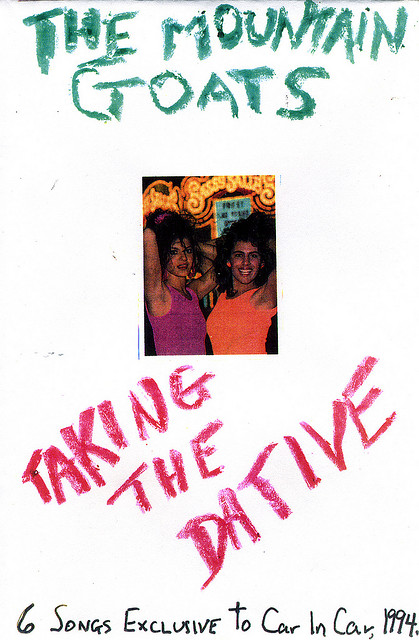 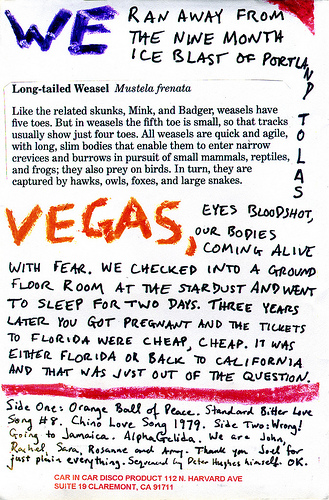 We ran away from the nine month ice blast of Portland to Las Vegas, eyes bloodshot, our bodies coming alive with fear. We checked into a ground floor room at the Stardust 3 and went to sleep for two days. Three years later you got pregnant and the tickets to Florida were cheap, cheap. It was either Florida or back to California, and that was just out of the question. 4

We are John, Rachel, Sara, Rosanne and Amy. Thank you Joel for just plain everything. Sequenced by Peter Hughes himself. OK.

Like the related skunks, Mink, and Badger, weasels have five toes. But in weasels the fifth toe is small, so that tracks usually show just four toes. All weasels are quick and agile, with long, slim bodies that enable them to enter narrow crevices and burrows in pursuit of small mammals, reptiles, and frogs; they also prey on birds. In turn, they are captured by hawks, owls, foxes, and large snakes.

Taking the Dative was included in its entirety on the compilation Ghana.

I looked over the railing
Ice was white
On the northeast side where I saw you and your boyfriend
On a Friday night
I went mining for gold
I struck pure, fresh zinc
God, God will give him blood to drink
Hey hey hey

"... family, and, uh, cleave to your wife — and, and that, that, I think that really set the theme for us, as far as the oneness. And that was the, the oneness and the completeness." 14

We saw the last of the bright birds coming home
I saw you address them through your megaphone
And you asked me when we were leaving
Well, it's any day now
And what flowers there were around Trenchtown 21
Were red

Thanks to Gordon Stearns, who pointed out some alternate lyrics to Orange Ball of Peace. Thanks also as always to Caliclimber, whose Flickr page provided the album art.