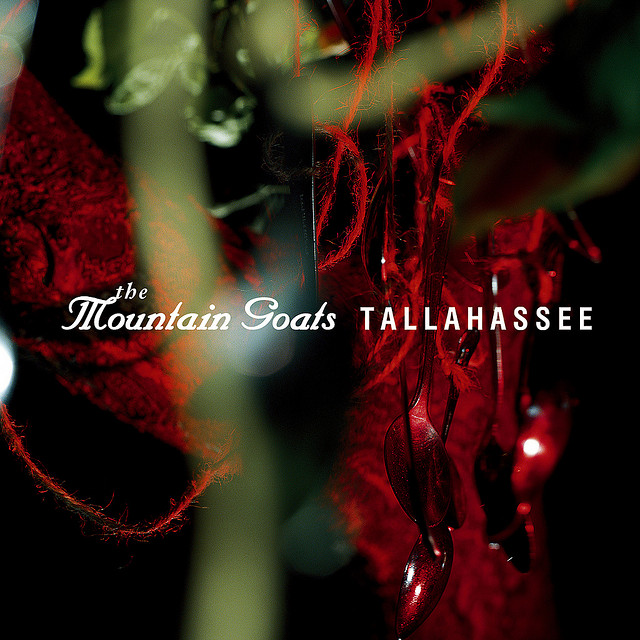 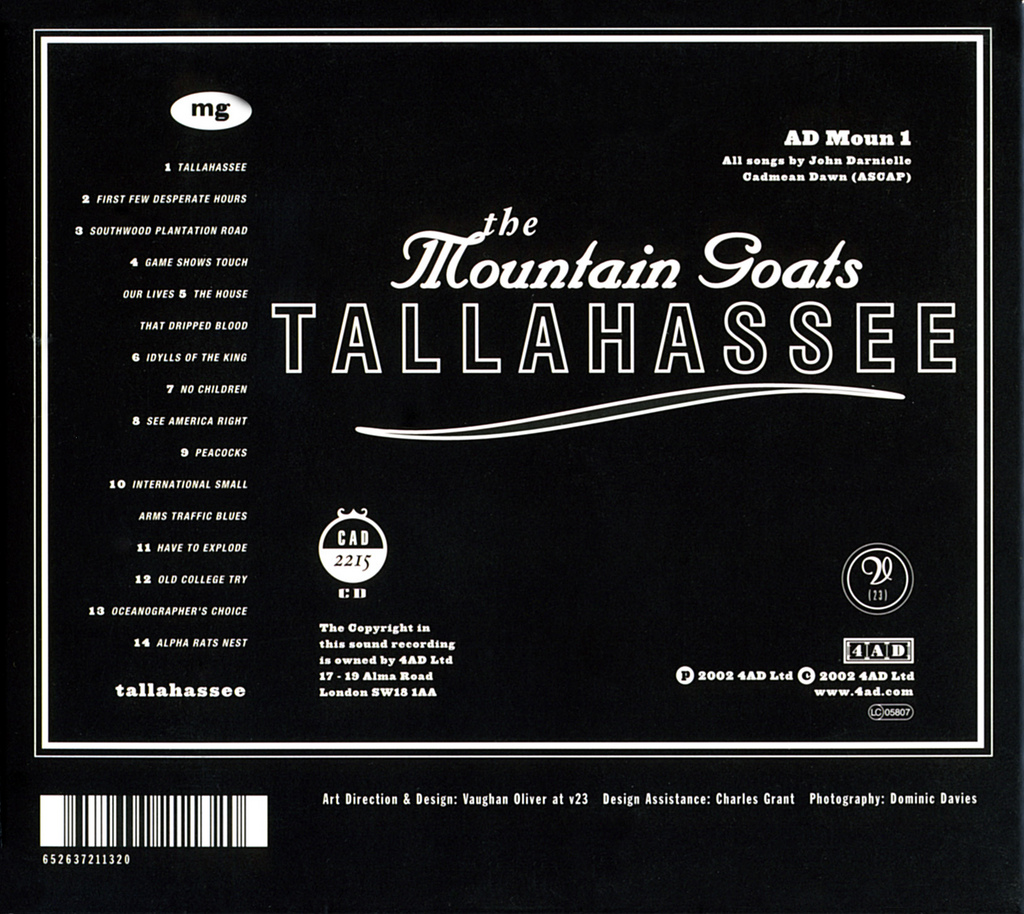 We came into town under cover of night, because we were pretty sure the people here were going to hate us once they really got to know us. It was summer. It's always summer with us. In our lives together, which are sweet in the way of rotting things, it is somehow permanently summer.

THE MOON rose above the trees, older than time, greener than money. You hung your head out the window of our dusty lemon-yellow El Camino 4 and howled, and I turned up the radio, because the sound of your voice was already beginning to get to me. The speakers crackled and the music came through: Frankie Valli and the Four Seasons. Pretty as a midsummer's morn, they call her Dawn. 5 Let the love of God come and get is if it wants us so bad. We know were we are going when all of this is done.

SOME PEOPLE MIGHT SAY that buying a house you've never actually seen close-up is a bad idea, but what does anybody know about our needs, anyhow? For us it was perfect. The peeling paint. The old cellar. The garden in the back. The porch out front. The still air of the living room. The attic. Everywhere entirely unfurnished and doomed to remain largely so, save for our own meager offerings: a cheap sofa, an old mattress, a couple of chairs and some ashtrays. Maybe a table salvaged from some diner gone into bankruptcy, I don't remember. Neither do you. We drank store-brand gin with fresh lime juice out of plastic cups or straight from the bottle and we spread ourselves out face-up on the wooden floors. An aerial view of us might have suggested we'd been knocked down, but what we were doing was staking our claim. Establishing our territories. Making good. Not on the vows we'd made but on the ones we'd really meant. You produced a wallet-sized transistor radio out of nowhere and you found a sympathetic station: somebody was playing Howlin' Wolf. Smokestack lightning. 6 O yes, I loved you once. O yes, you loved me more. We entered our new house like a virus entering its host. You following me, me following you. However you like. The windows were high and the walls were thick and sturdy. It was hot as blazes. The guts of summer. Always down in the sugar-deep barrel-bottom belly of summer itself. Always. In our shared walk down to the bottom, which bottom we will surely find if only our hearts are brave and our love true enough, we have found that it is somehow invariably and quite permanently summer.

Thank you for all your goodness: all TMG posse members past, present, & future; [...] anybody who ever made a record that got described as "ambient dub," 7 anywhere, ever; anyone who reviewed said album(s) favorably so long as they didn't get all flowery about it; independent record stores who stock said ambient dub albums and keep the dust from gathering on their anti-theft packaging; clerks at chain stores who attempt to order such records, only to be rebuffed by the senior buyer when caught, and lectured rather sternly and rudely besides; and the dashing Swedish tenor Jussi Bjorling. 8 The Mountain Goats do not themselves play ambient dub, or if they do, do so with such total lack of attention to the most basic elements of the genre that their efforts can only be described as falling so wide of the mark as to have missed it entirely. Jussi Bjorling, should he rise from the grave, will in fact put his tenor to entirely novel use by assisting us in honing the focus of our efforts in the ambient dub field. We look forward to this project with almost painfully sharp hunger and hope that you share our admittedly puzzling enthusiasm for it.

"With the invention of every new mode of communication, there is always a flurry of excitement when someone begins to believe he is using it to communicate with the dead."
Susy Smith,
Voices of the Dead? 9

"Leading cases are the very stuff of which the common law is made, and no leading case in the common law is better known than that of Regina v. Dudley and Stephens. It was decided in 1884 by a court in the Royal Courts of Justice in London. In it, two profoundly respectable seamen, Captain Tom Dudley and Mate Edwin Stephens, lately of the yacht Mignonette, were sentenced to death for murder of their shipmate, Ordinary Seaman Richard Parker, after a bench of five judges had ruled that one must not kill one's ship-mates in order to eat them, however hungry one might be." 10
A.W. Brian Simpson,
Cannibalism and the Common Law 11

I stroll the yard,
my keen convicted mind
wondering if the fence to freedom
will really deliver 30,000 volts.
— Jimmy A. Lerner 12

Tallahassee and We Shall All Be Healed both featured microsites on 4AD's Mountain Goats page. As described by 4AD, "Visit the amazing new web site for 'Tallahassee', The Mountain Goats new album, due for release on 27th January 2003. This fantastic site has been put together by the band themselves and features a room-by-room tour of the house in Tallahassee. Go to the Tallahassee site now..." While the site is no longer available, much of it is contained at the Internet Archive, and most of the text is mirrored here.

If you have a fuller copy, please let me know.

Tallahassee had one single, See America Right, and is intimately related with the Alpha series. Alpha Chum Gatherer and Ethiopians are Tallahassee outtakes.

There is no deadline
There is no schedule
There is no plan we can fall back on
The road this far can't be retraced
There is no punchline anybody can tack on
There are loose ends by the score
What did I come down here for?
You
You

Dug up a fifth of Hood River gin, 28 and
That stuff tastes like medicine
But I'll take it
It'll do

And I handed you a drink of the lovely little thing
On which our survival depends
People say friends don't destroy one another
What do they know about friends?

Carried you up the stairs that night
All of this could be yours if the price is right 32
I heard cars headed down to oblivion
Up on the expressway
Your drunken kisses as light as the air 33
Maybe everything that falls down eventually rises
Our house sinking into disrepair
Ah, but look at this showroom filled with fabulous prizes

The House That Dripped Blood 34

Look through the air-thin walls
Tear up the floorboards, strip the paint
Go over every inch of space
With the patience of a saint
Grab your hat, get your coat
The cellar door is an open throat

Idylls Of The King 36

How long will we ride this wave out?
How long 'til someone caves under the pressure?
My dreams are haunted by armies, armies of ghosts
Faces too blurry to make out
Numbers far too high to measure

I hope I cut myself shaving tomorrow
I hope it bleeds all day long
Our friends say it's darkest before the sun rises
We're pretty sure they're all wrong
I hope it stays dark forever
I hope the worst isn't over
And I hope you blink before I do
Yeah, I hope I never get sober
And I hope when you think of me years down the line
You can't find one good thing to say
And I'd hope that if I found the strength to walk out
You'd stay the hell out of my way
I am drowning
There is no sign of land
You are coming down with me
Hand in unlovable hand
And I hope you die
I hope we both die

I was getting out of jail
Heading to the Greyhound 45
You said you'd hop on one yourself
And meet me on the way down
I was shaking way too hard to think
Dead on my feet, about to drop
Went and got the case of vodka from a car
And walked the two miles to the bus stop

Tile floor of the bathroom
Scrubbed clean and bright
Checkerboard white and gray
Towels from the Ritz-Carlton hotel in Kingston, Jamaica 56
I can still see the rust-colored stains today 57
The stage is set
Someone's going to do something someone else will regret
I speak in smoke signals and you answer in code
The fuse will have to run out sometime
Something here will eventually have to explode
Have to explode

You and me lying on the tile floor 58
Trying to keep cool
Restless all night
Sweating out the poison
As the temperature climbs
Staring up, up at the hundred-watt light that burns above
Name one thing about us two anyone could love
We roll out the red carpet
When rotten luck comes down the road
Five, four, three, two, one
Watch for the flash
Something here will eventually have to explode
Have to explode

Well, guy in a skeleton costume
Comes up to the guy in the Superman suit
Runs through him with a broadsword 64
I flipped the television off
Bring all the bright lights up
Turn the radio up loud
I don't know why I'm so persuaded
That if I think things through
Long enough and hard enough
I'll somehow get to you
But then you came in
And we locked eyes
You kicked the ashtray over as we came toward each other
Stubbed my cigarette out against the west wall
Quickly lit another
Look at that
Would you look at that?
We're throwing off sparks
What will I do when I don't have you
To hold onto in the dark?

Yes, everybody's going to need a witness
Everybody's gonna need a little backup
In case the scene gets nasty
You throw the attic window open
And I throw myself all around you
And night comes to Tallahassee
I don't know why it's gotten harder
To keep myself away
Thought I'd finally beat the feeling back
It all came back today
And then we fell down
And we locked arms
We knocked the dresser over as we rolled across the floor
I don't mean it when I tell you
That I don't love you any more
Look at that
Would you look at that?
The way the ceiling starts to swerve
What will I do when I don't have you
When I finally get what I deserve?

Ah, the lengthening hours in the refinery
Belching fire into the sky
We do our best vampire routines
As we suck the dying hours dry
The night is lovely as a rose
If I see sunlight hit you
I am sure that we'll both decompose

Ah, the fitful sleep and the fire engines
That I dream of when I dream
Someday we'll both wake up for good
I will try hard not to scream
The evening wind will shake the blinds
You're stirring from your slumber
We've got something hateful on our minds

Oh, sing, sing, sing
For the dying of the day 66
Sing for the flames that will rip through here
And the smoke that will carry us away
Yeah, sing for the damage we've done
And the worse things that we'll do
Open your mouth up and sing for me now
And I will sing for you

A huge thanks to the generous contributions of Riley Routh, also known as echo on the Mountain Goats forums, who wrote much of this page. They have a website of their own, which you can view here Also, as ever, Caliclimber, you are awesome, thank you for your amazing Flickr page from which the album art comes. Thanks also to Mairead Beeson for noting the Dylan Thomas reference in Alpha Rats Nest and the reference to Homer in The House that Dripped Blood.